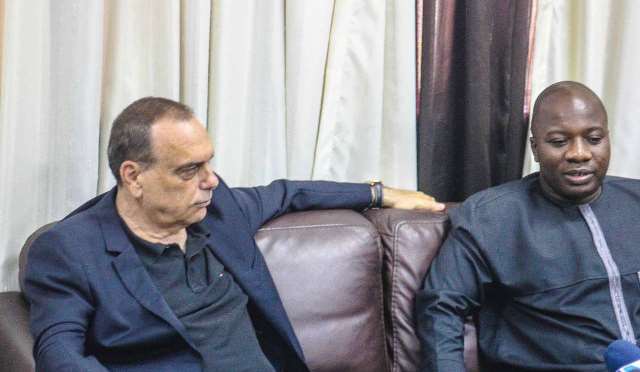 The Minister of Youth and Sports, Mahama Ayariga has warned Ghanaians against discussing the salaries and other benefits paid the Black Stars players.His comment follows the announcement of a $5,000 bonus package for each player regardless of whether they win or lose the upcoming 2015 African Cup of Nations (AFCON), which will be held in Equatorial Guinea.Though the Minister stated that the money should not be a major motivational factor for the performance of the Black Stars players during the tournament, he insisted that “their motivation is to be available so that the world will see them, spot their talents and then project themselves.”The $5,000 bonus has generated some discontent among the players while some have refused to take the money.

But speaking in an interview on Accra based Joy Fm on Saturday, the Sports Minister said: “I am appealing to Ghanaians that as much as possible let’s try and minimize all the discussions that focus on the pay of the footballers when they go to participate in tournaments.”He explained the importance for his request saying “I want us to avoid discussions that will distract them.”Meanwhile, the Black Stars will fly out to Spain on Sunday January 4, 2015 to begin preparations for the 2015 AFCON in Equatorial Guinea which starts on the 17th.The issue of bonus payment became controversial for the Ghana national team after a near player revolt marred the team’s 2014 World Cup tournament in Brazil.Government was forced to fly $3 million to the team during the tournament; a move which received international condemnation.