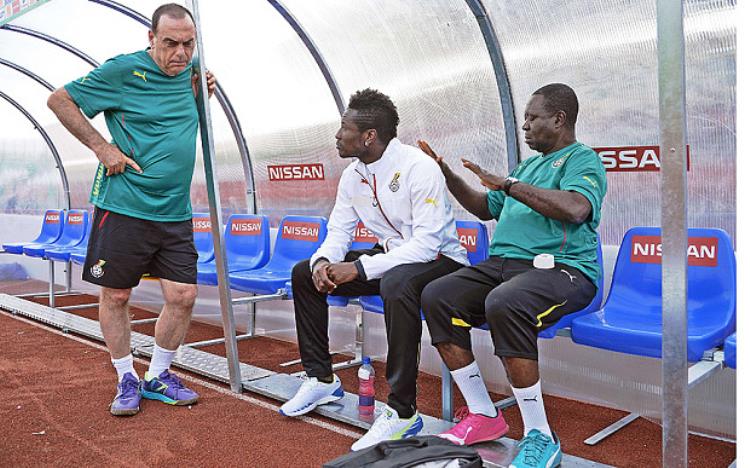 Ghana coach, Avram Grant has partially attributed the Blackl Stars’ defeat to Senegal to the quality of the football pitch in Mongomo.

Ghana lost 1-2 to Senegal on Monday in the opening game of Group C at the ongoing 30th African Cup of Nations in Equatorial Guinea.

Senegal’s victory has been described by many as well deserved after they dominated their Ghanaian counterpart for large parts of the game on Monday.

An Andre Ayew 14th minute penalty kick was cancelled by Mame Diouf before substitute Moussa Sow grabbed a late winner for the Senegalese to leave the Black Stars in distress.

Despite the defeat to Senegal, Grant has hailed his side’s team spirit against their opponent, hence drawing lots of positives from the game.

“This loss especially with these young players could affect the players but the players show a lot of spirit,” he said.

“This is the reason we scored one goal – exactly like we planned. The second chance also was good, the third chance was also good. We had three big chances exactly as we planned but we couldn’t score. Compared to the conditions we did well, unfortunately we conceded in the last moment and that is not very good.”

However, Ghana coach Avram Paa Grant says the quality of the football pitch in Mongomo had an effect on his team.

Speaking to the media after the game, Avram Grant said “we try not to complain but I think the grass on the pitch is too high and it was not good for us. We have technical people who look at these things and we don’t want to complain too much. Equatorial Guinea has done their best to put this together at a very short notice so we can’t complain.”

The Black Stars play against Algeria on Friday in another tough game and a lose is likely to send the Black Stars back home to Ghana.