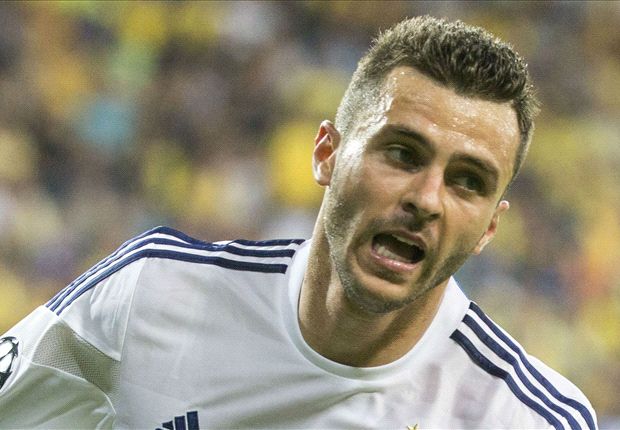 The Ukrainian champions, who were investigated by European football’s governing body, have been sentenced for disturbances during their match with Chelsea in October
Uefa have ordered Dynamo Kyiv to play up to three matches behind closed doors, after being previously charged for racist behaviour, crowd disurbances and blocked stairways following the 0-0 Champions League draw with Chelsea in October.

After investigations by the Uefa Control, Ethics and Disciplinary Body, European football’s governing body have decided to punish the Ukrainian champions, forcing them to play the next two European matches behind closed doors with punishment of a third match being suspended for three years.

A Uefa statement read: “FC Dynamo Kyiv has been ordered to play their next three Uefa competition matches as host club behind closed doors. The third match is suspended for a probationary period of three years.

The incident is punishment for Dynamo fans having attacked at least eight rival supporters in a home section of the Olympic Stadium during a game against Chelsea in October.

Dynamo’s first match behind closed doors will be against Maccabi Tel Aviv in December, with the second match coming in either the Champions League second round or the next phase of the Europa League, depending on where they finish in their group.

They currently sit third in Group G, two points behind Porto and Chelsea with one game remaining in the group stage.
Source: Goal.com