Gary Neville: ‘I can’t find a Spanish teacher… can anyone help at 6am?’

Ghana to participate in Soccerex Americas in March 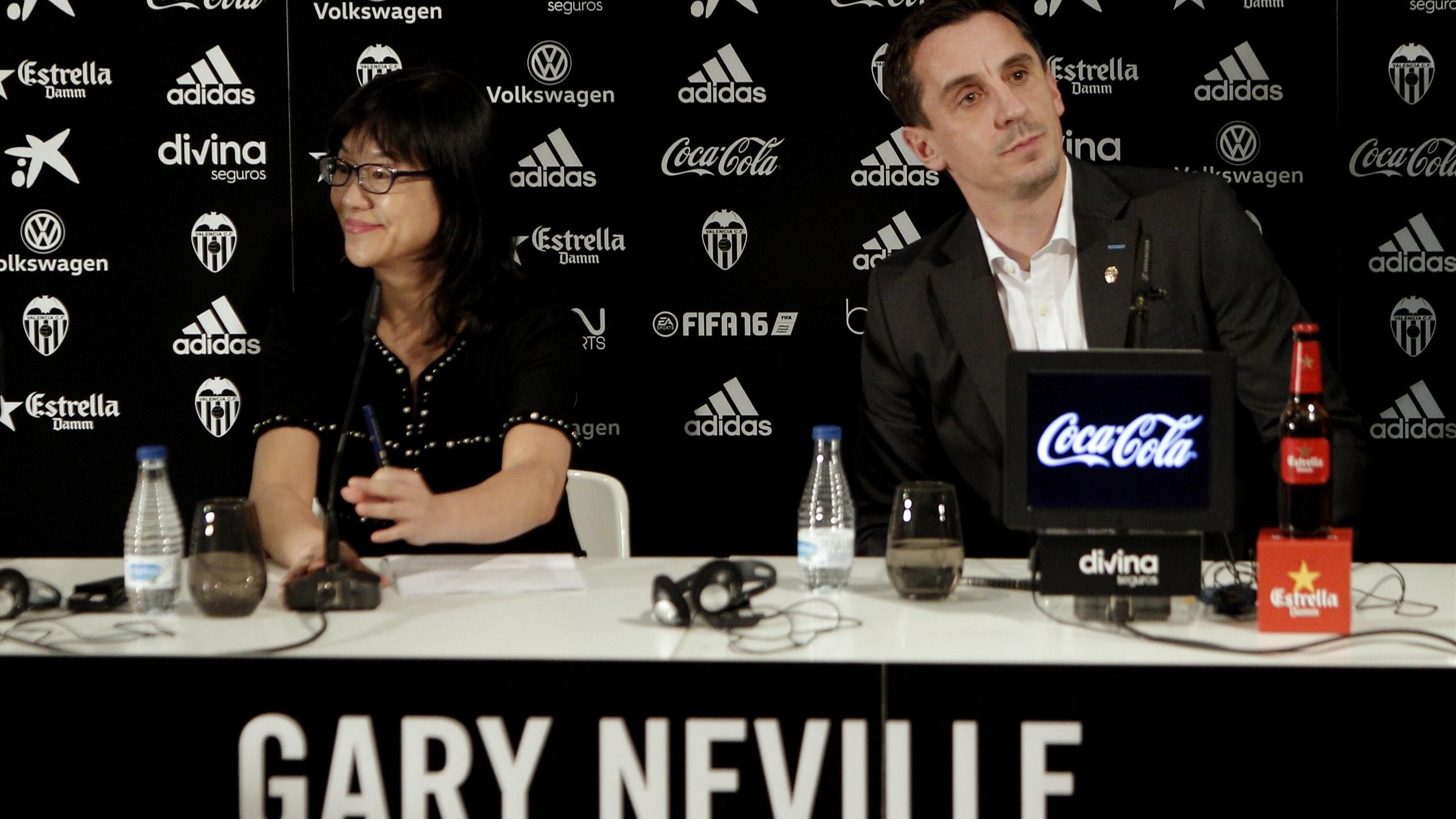 Valencia manager Gary Neville’s ambition of immersing himself in life at the Mestalla has already hit a stumbling block – he can’t find anyone to teach him Spanish before training at 6am.
Neville, 40, was unveiled at the stadium following his shock appointment on Wednesday.

The former Manchester United defender claimed he would have lost all credibility if he had turned down the job, but stressed the need to throw himself into Spanish lessons.

He also expressed his delight that he would be helped by his brother Phil, who amid the initial confusion was thought to be in charge alongside Voro.

“If I’d turned down this job I could have said goodbye to credibility in football. I’m so proud to be here,” said Neville.

“Spanish is going to be the biggest challenge. I will take lessons every day – my problem at the moment is that I can’t find a teacher who will get up at 6am every morning.

“He’s diligent, hard-working and from my point of view I’m delighted he’s part of the coaching set-up. We don’t do niceties and we talk about actions and what we’re going to do.

[SPANISH VIEW ON NEVILLE: After Moyes, a good idea?]

Valencia are already 14 points adrift of Liga pacesetters Barcelona, who await Neville in a daunting first game in charge on Saturday.

“I’d be sceptical,” he said, when quizzed on how he would react if a rookie manager arrived in the Premier League.

” I understand I’ve got to prove to Valencia fans and players I can do the job.”

He also revealed one of his main goals: to bring back the Mestella’s intimidating atmosphere by getting the fans back on side.

“When I played here in the late 90s and early 2000s, this was a horrible place to play football,” said Neville.

“I’ve seen how intimidating this stadium this can be. That is the ultimate. To get the fans back here, and get them excited.”
source: eurosport.com