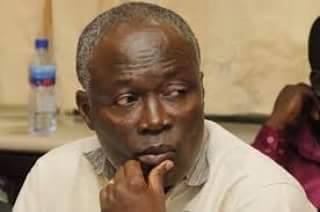 Edwin Nii Lante Vanderpuye has been appointed Ghana’s newest Minister for Youth and Sports. This follows a ministerial reshuffle and sacking by President John Mahama that was announced earlier on Tuesday morning.

Vanderpuye becomes the eight minister for that ministry since the National Democratic Congress assumed office in January 2009.

Nii Lante Vanderpuye is the Member of Parliament for Odododiodio Constituency in the Greater Accra Region. Before this latest assignment, he was the deputy minister of Trade and Industry.

Vanderpuye is also a retired sports journalist and his appointment has been welcomed by many sports pundits.

The complaints about previous ministers have been that they lacked a strong background in sports and as such Vanderpuye’s appointment has been greeted with a lot of expectations.

Indeed, the man he replaces; Mustapha Ahmed is a dental surgeon by training. Previous ministers have also been accused of showing little concern for other sporting disciplines apart from football; especially the Black Stars.

Calls for Dr Ahmed’s removal intensified last year after the Black Queens who had won gold the All Africa Games refused to leave their hotel until monies owed them had been paid.

Nii Lante Vanderpuye’s immediate responsibility will be to oversee a smooth campaign of Team Ghana to the Olympics in Rio.

The ministry has previously been headed by Akua Sena Dansua, Mahama Ayariga and Elvis Afriyie Ankrah.