Athletes get ready and set for Portland 2016 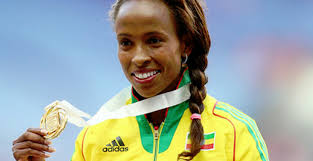 In less than a month the IAAF World Indoor Championships Portland 2016 will get underway at the Oregon Convention Center.

The new IAAF World Indoor Tour has provided the perfect platform for athletes to test their form ahead of the championships on 17-20 March, so much so that some athletes who had initially ruled out competing in Portland are now starting to reconsider.

Meseret Defar’s certainty in her own comeback was so low she had made no racing plans whatsoever after her first race. After running 8:30.83, a time only nine other women have ever bettered indoors, on Sunday evening in Boston, Defar already had her eye on another race in the USA next month.

Defar, who has a remarkable four world indoor 3000m titles, immediately saw Portland as a natural next step for her comeback, and was practically itching to find races to sharpen her racing skills should she be selected for the Ethiopian team.