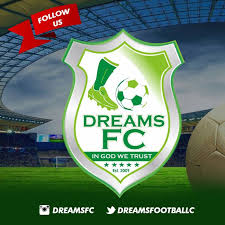 We Make Every Moment Count!!!

The Management of Dreams Football Club would like to express its profound gratitude to all and sundry who attended the commissioning of the refurbished Dawu Park on Sunday.

Special thanks is given to the Chief of Dawu Nana Asare Akyeahene who performed the ceremonial kickoff in the friendly match against Hearts of Oak.

The biggest thanks however goes to the people of Dawu who showed up in their numbers to offer a wonderful atmosphere in the friendly match against Hearts of Oak.

We hope that this level of support is sustained and even enhanced as Dreams FC prepare for its maiden campaign in the Ghana Premier League ” said the letter signed by Ameenu Shardow,to your truely