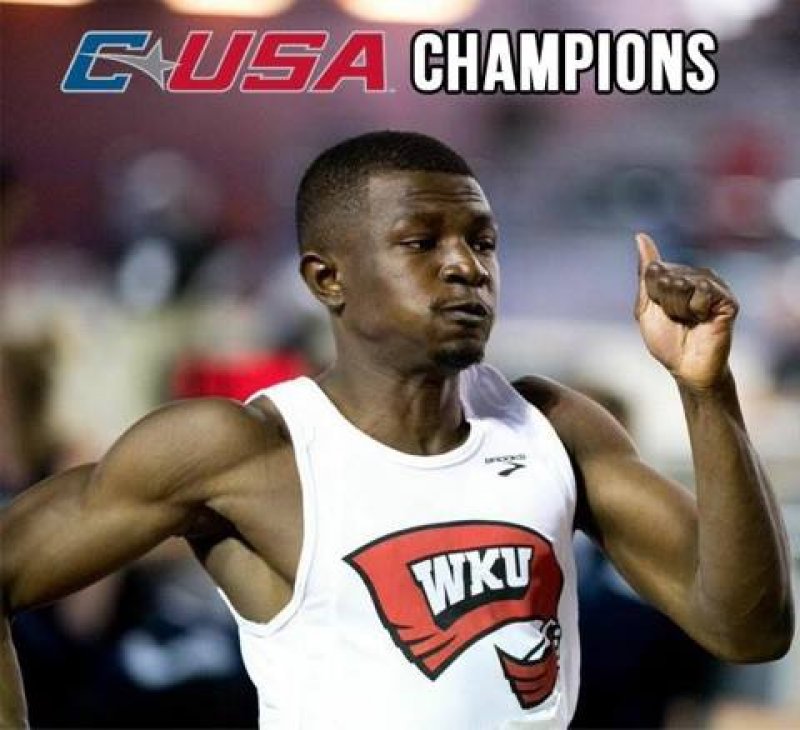 Emmanuel Dasor broke a 23-year old national 400m indoor record after running a personal best 46.21s to qualify for the 2016 IAAF World Indoor Championships at the C- USA Indoor Track & Field Championships at Birmingham on Thursday, 25th February, 2016.Dasor’s new mark bested the old national record of 46.60s set by Solomon Amegatcher in 1993.A student of the Western Kentucky University, Dasor won the Section 1 Finals at the meet ahead of Jurmarcus Shelvin, who run 47.60 and Carnell Horn, who came third in 48.21s.This continues a stellar season for the Ghanaian who clocked started off his 2016 season by running the third fastest 60m time by Ghanaian male sprinter in 9 year after clocking 6.68s.Last month, the U.S.A based athlete told liquidsportsghana that he will be running a lot more short sprints this season to improve his performances in his favourite 200m and 400m.His hard work is paying off with his qualification to the IAAF World Indoors. In July2015, Emmanuel Dasor led the men’s 4x400m relay team to break a 23-year old national record in a time of 3:04.72 at the Warri Relays, Nigeria.The new mark was an improvement over the 3:05.2 set on 13 June 1992 in Accra by the quartet of Henry Hagan, Timothy Hesse, S. Boateng and Solomon Amegatcher.Alongside Daniel Gyasi, George Effah and Kwadwo Acheampong, Dasor run an inspired last leg as Ghana came from behind to beat Nigeria to first place.Credit: liquidsportsghana