On Reflection: Louis van Gaal, youth and the rise of Marcus Rashford 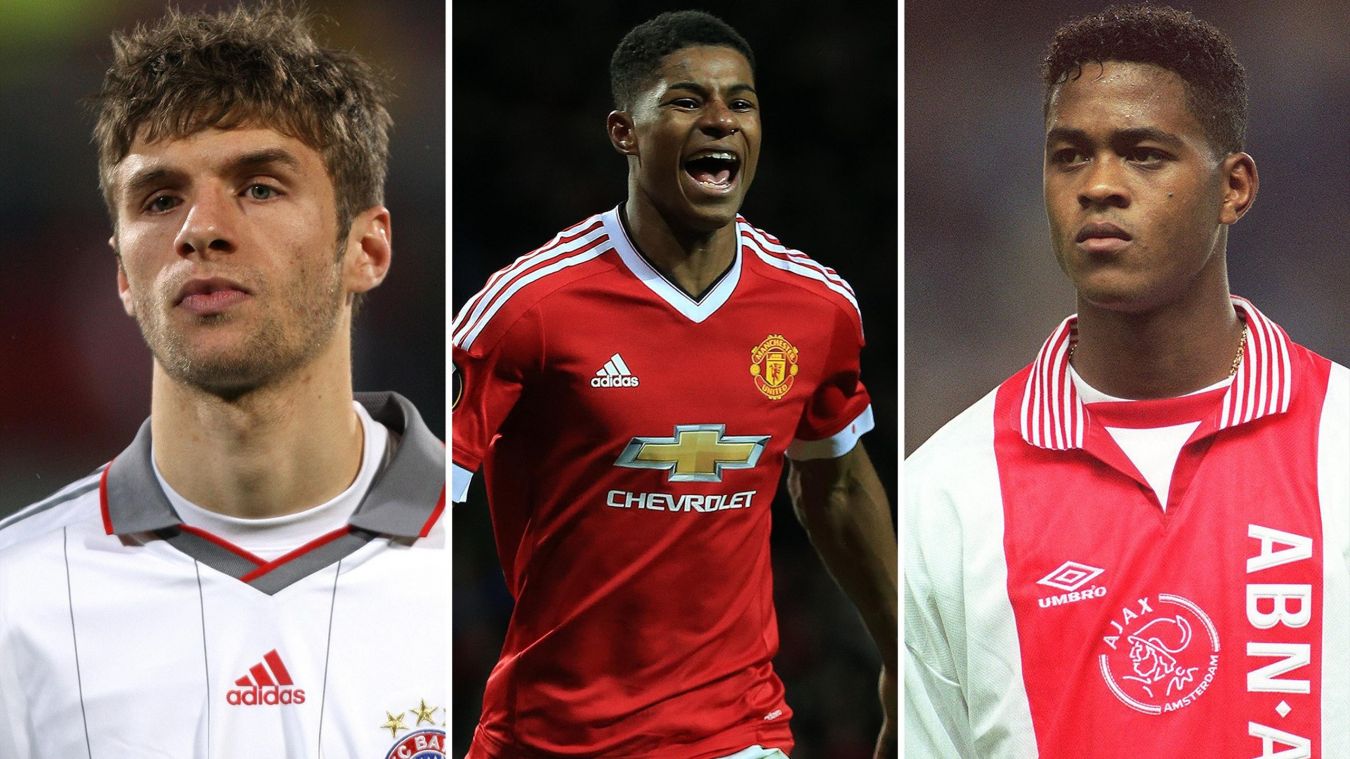 Marcus Rashford’s extraordinary rise is no fluke, writes Ben Lyttleton. Louis van Gaal has consistenly been rewarded for his unshakeable faith in youth.

When Louis van Gaal was coach of Netherlands, the national team played in Indonesia and China in summer 2013. It was a year before Van Gaal’s young side made a surprise run to the World Cup semi-final and the Dutch FA wanted Van Gaal to improve his relations with the press. So they got together in a Beijing hotel suite and started talking.

Michel van Egmond takes up what happened next in an article in Voetbal International: “Someone asks whether Van Gaal thinks it’s a risk to include so many young players in his team, given their age probably means they’ll suffer a dip in form at some point. It’s a decent enough question, but our national coach begs to differ.

‘I don’t believe so. What you’re saying, trying to talk me into, that’s not something I believe in.’

‘I’m not trying to talk you into anything,’ says the reporter. ‘Surely I’m not suggesting anything?’

‘Yes, you are. You’re suggesting that young players aren’t able to go the distance. At least, that’s how I understand it. I believe that’s what you’re trying to say. But I became European champion with lads of 18, 19 years old. So I don’t believe it. If you ask me, it’s bullsh*t.’”

It’s a rather aggressive answer to a fairly reasonable question.

Another journalist picks up the theme. Isn’t it true that young players rarely play at a consistent level? “You could say the same of Sneijder,” says Van Gaal with a withering expression. “Correct me if I’m wrong, but Van Persie hasn’t scored in a while either. Perhaps you’d care to remember that? It’s nothing to do with age, man. These are all just stray ideas cobbled together by the media.’”

What follows, reports Van Egmond, is a full-on row between the journalists and Van Gaal. It was supposed to be an informal exchange with the press, but it did not quite work out that way. At least Van Gaal is consistent; United followers will have seen exactly the same pattern over the last 18 months.

And yet while talk of philosophy has gone surprisingly quiet around Old Trafford, Van Gaal has stuck to his guns when it comes to giving young players a chance. Van Gaal has given playing time to five teenagers this season, and five more who are 20. In all, he has picked 14 graduates from the United academy to play for the first team.

The United team that beat Arsenal 3-2 on Sunday contained two 18-year-olds and ended up with five more who were 23 and under. Arsenal’s only player under 24 was Hector Bellerin, and late subs Mohamed Elneny, 23, and Alex Iwobi, 19. (By way of comparison, Jose Mourinho, tipped as a potential successor to Van Gaal, selected two teenagers this season, Ruben Loftus-Cheek and Kenedy).

The latest star to emerge from the academy is Marcus Rashford, whose two goals on his Premier League debut have drawn all sorts of comparisons: with Wayne Rooney, who was exactly the same age (18 years and 120 days) when he scored his first Premier League double; with other United scoring debutants like Ruud van Nistelrooy, Anthony Martial and, er, Federico Macheda.

“If a young player can do it, then I select him. If it’s an older player, it doesn’t bother me; it’s not the most important factor. Age is not important,” said Van Gaal before he joined United. He pointed to young players in his past whose careers he had launched: the likes of Xavi Hernandez, Andres Iniesta and Thiago Motta at Barcelona; Thomas Muller, Bastian Schweinsteiger and David Alaba at Bayern Munich. He was particularly proud of the last two as they involved positional changes: Schweinsteiger from winger to midfielder and Alaba from midfielder to left-back.

But his greatest success as a coach, the one he referred back to in that testy exchange with the Dutch reporters, was winning the 1995 Champions League with an Ajax side that had seven players aged 22 or under, and three teenagers: Clarence Seedorf, Kanu (both 19) and Patrick Kluivert (18).

Kluivert scored the winner in that famous win over AC Milan and has since worked as an assistant coach to Van Gaal. He made the point that Rashford’s speedy integration into the first-team was only made possible because Van Gaal has demanded that the club plays in the same way below the first-team.

“Structure is important for him,” Kluivert said last week. “He wants the club to play the same system at all levels. When I came through first at Ajax, this was very important for me. I moved from the junior teams and into the first team and it was the same setup, the same formation and philosophy. This is good organisation.”

It is of course far too early to suggest that Rashford can go on and cement his place in the first-team. When it comes to homegrown strikers who have played at the top level, United can only call upon Danny Welbeck and Mark Hughes from the last 30 or so years.

Rashford has now scored for United’s Under-18s, U-19s, U-21s and the first team this season; but let’s not forget that he only got his chance against FC Midtjylland because Martial was injured in the warm-up.

Earlier this season, Van Gaal conceded that it is much harder for young players to break through now than it was during his time at Ajax. “At the time, Kluivert and Davids did not have iPhones for example. Now we have iPhones in our hands all the time,” he told a press conference in September. “So it’s a different period. Also the resistance nowadays is more and even more in the Premier League, because of the rhythm of the game. It is difficult to compare.

“It is much harder now. For my children it is much harder to make the right choices. My children live in this computer period, where you push the button and the whole world is in front of you…. Also with the footballers, it is much more difficult than 10 years ago because the rhythm of the game is much higher here. The time and the space that you have to create is much smaller and difficult.”

One week ago, Van Gaal faced two tricky cup ties and a game against Arsenal. Three wins later, he has unearthed a new local talent who might have kept him in a job. Maybe he knew he was in the last-chance saloon, but Van Gaal has given six youngsters their debut in the last month.

Manchester City may have won a trophy on Sunday, and Chelsea may still be in the Champions League, but neither of them can boast a local centre-forward who supports the club he is scoring goals for. If that’s what Van Gaal means by philosophy, then United fans might come round to the idea.