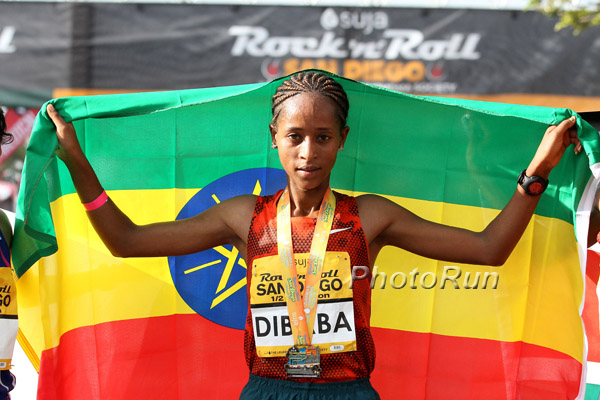 Defending Tokyo Marathon champion Birhane Dibaba has set her sights on the Rio Olympics by claiming victory in Japan on Sunday.

Defending Tokyo Marathon champion Birhane Dibaba has set her sights on the Rio Olympics by claiming victory in Japan on Sunday.

The Ethiopian is also bidding to become the first woman to defend the crown after beating Helah Kiprop and Tiki Gelana last year.

But the 22-year-old is targeting the Games later this year.

“In order to make the Ethiopian Olympic marathon team, I must win the Tokyo Marathon on Sunday,” Dibaba said.

“Of course, the time is also important, but if I win on Sunday, I have a chance to make the team

“All the runners are quite strong, but I want to make good effort to win.”

In the men’s, Dickson Chumba has a chance to join Eliud Kipchoge atop the World Marathon Majors series if he wins.

The Kenyan is equal second in the standings on 34 points, 16 adrift of Kipchoge – who is not in action.