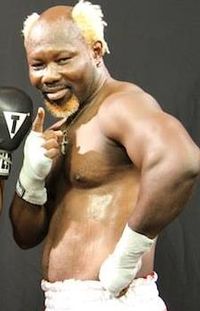 Ghanaian boxer, Michael Ayitey Okine, Popularly known as ‘Ayitey Powers’, will take on London-based cruiserweight boxer, Daniel Mendes, on March 11, as part of his preparations for his much-awaited  bout against Mark Allen.

The bout which will be staged at York Hall, Bethnal Green in London, will be Powers’ first international bout since losing to compatriot Bukom Banku last year in Kumasi.

Confirming the news about the bout to Graphic Sports from London,  Powers said, he chose to fight Daniel Mendes because he believed the American was as tough as Mark Allen and hoped to gain at lot for the crunch bout with Allen.

“Daniel Mendes is a very tough fighter. He has also won many international fights as I have done so far and my manager decided to let the two of us square-up because we both  think he is quite competitive as Allen .

“Mark is one of the best in the cruiserweight  division. I need to be fully fit to beat him and I hope my fight with Mendes will bring me to that level to face Mark,” Ayitey said.

Powers, who is currently in London, assured Ghanaians he was training hard to win both bouts, urging them to continue to pray and support him.