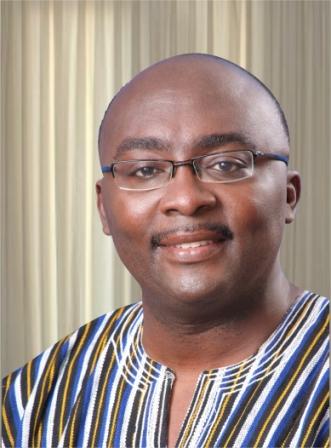 Running mate to the flag bearer of the New Patriotic Party (NPP), Dr. Mahamudu Bawumia, has revealed that he is a supporter of premiership side, Wa All Stars.
Dr. Bawumia speaking on Asempa FM’s Ultimate Sports Show on Wednesday said he started supporting the club owned by Ghana Football Association (GFA) President, Kwesi Nyantakyi after the Real Tamale United (RTU) was relegated to the first division.
“It’s just a shame that Real Tamale United (RTU) is not in the premiership, I have moved to support Wa All Stars…,” he said.
Dr. Bawumia, however, said that due to a lecture he had, he was unable to go to watch them play against Hasaacas.
According to the former Governor of the Bank of Ghana, he is an ardent football fan and was also a table tennis player during his school days.
The NPP man further said that an NPP administration would invest in sports when elected into power since the sector generates more income that can turn the country’s GDP around.