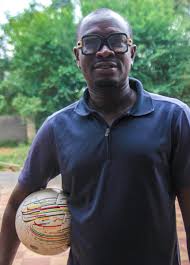 Dreams FC Manager C. K. Akonnor, insists there is quality in the local league in which Black Stars boss Avram Grant can pick from.

Grant will release his 23- man- squad to face Mozambique in a 2017 AFCON qualifier in the coming days and after watching three games in the ongoing league, the former national team skipper says some of the local players should make the cut.
“I’m not forcing anybody to pick players. They should be allowed to take their own decisions freely.” Akonnor told Graphic Sports.

“It’s in the hands of the manager and his assistant and we have to support whatever comes out but there is quality in our league. We’ve improved, coaches are doing well and so there is the need for Grant to look at this and probably pick one or two players,”

Currently the only local player in the Black Stars squad is Ashgold keeper Fatau Dauda.