Sedibe hits back at SAFA and FIFA 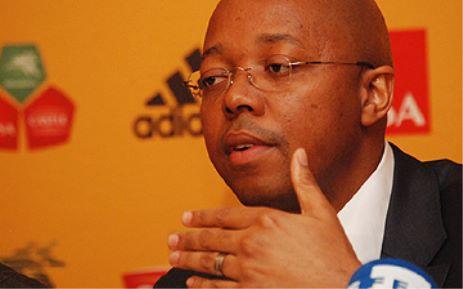 On Monday, Fifa confirmed that several Safa officials have been banned in connection with friendly games in 2010, News24 reported.

According to Fifa’s official website, Leslie Sedibe, Lindile Kika, Steve Goddard and Adeel Carelse were the only people mentioned who have all been banned by Fifa’s Independent Ethics Committee, with immediate effect.
In a statement on Monday, Sedibe said that Safa is the organisation that needs to be investigated for corruption.
“I think you should know this – when I became the CEO of Safa, [it] was bankrupt,” he said. “There was no money. Go back to an announcement we made. There was an article that came out that Safa was broke – we couldn’t even pay salaries.”
Sedibe says that during this time there wasn’t even enough money to pay for South Africa to play friendly matches against other countries.
“In the context of Safa’s financial circumstances, I have to ask the question: why donate $10 million to a Caribbean island when Safa itself needed these funds?” Sedibe said.
In 2008, the South African government, in agreement with Safa, approved the transfer of $10 million to support the African diaspora in Caribbean countries. A US indictment alleges that the $10 million was paid directly to and administered by Jack Warner, the president of the Confederation of North, Central American and Caribbean Association Football (Concacaf) at the time. The payment was allegedly payment for votes secured in support of South Africa’s 2010 World Cup bid.
Sedibe says that throughout the entire Fifa investigation, he wasn’t permitted access to information held by Safa so he could prove his innocence, because the organisation was scared he’d expose information which would cause it serious embarrassment.
“I’ve never been interviewed by Fifa nor have my repeated requests for access to the documents which are critical to my response to Fifa ever been made available to me, either by Fifa or Safa,” he said.
Sedibe was also fined 20 000 Swiss francs (about R315 000).