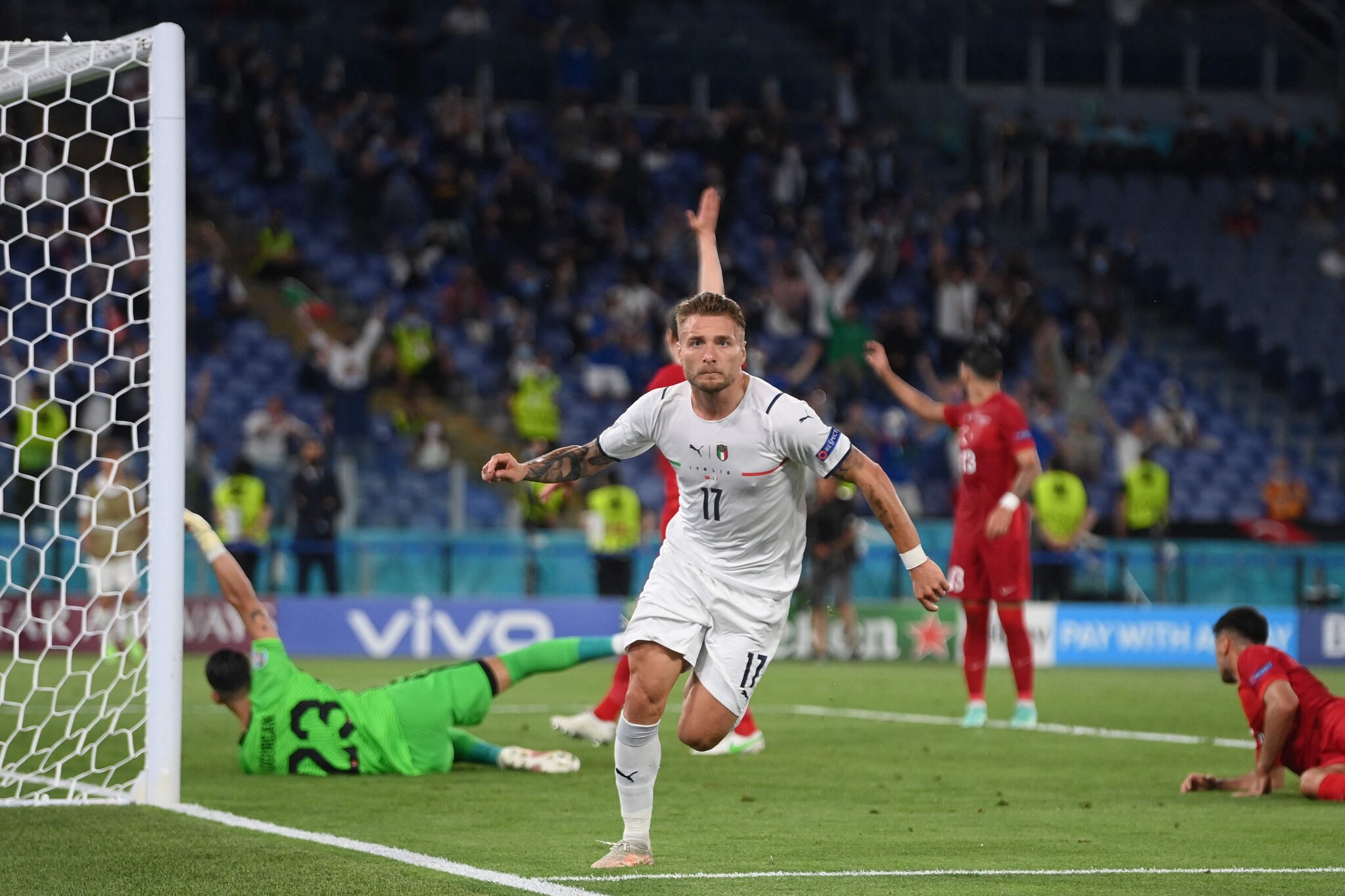 Euro 2020 opened in spectacular fashion as Italy got their campaign off to an impressive start in front of their own fans with a comfortable victory against Turkey.

There were shades of Italia 90 before kick-off when Italian opera tenor Andrea Bocelli, against the backdrop of a breathtaking firework display, graced the opening ceremony with a moving performance of Nessun Dorma.

And when the rescheduled tournament finally began, an own goal by Merih Demiral and strikes by Ciro Immobile and Lorenzo Insigne settled the one-sided Group A match – the first of 51 fixtures to be played in 11 European cities over the next month.

For the first time in a single game at the European Championship, the Azzurri scored three times, Roberto Mancini’s side registering 24 attempts as they turned on the style to extend their unbeaten run to 28 matches stretching back to September 2018.

They dominated the first half but could not find the net, Giorgio Chiellini going closest with a header from a corner which brought a fine save from Ugurcan Cakir.

Italy broke the deadlock when Demiral turned the ball past his own keeper trying to cut out Domenico Berardi’s second-half cross before Lazio’s Immobile, playing on his home ground, pounced after Leonardo Spinazzola’s shot was blocked by the keeper.

The Azzurri wrapped up a satisfying win though Insigne’s classy finish, after he was teed up by the impressive Immobile.

“It was important to start well and it’s satisfying for us, for the crowd and for all Italians,” Italy Coach Roberto Mancini said. “It was a wonderful evening and I hope there will be many more.”