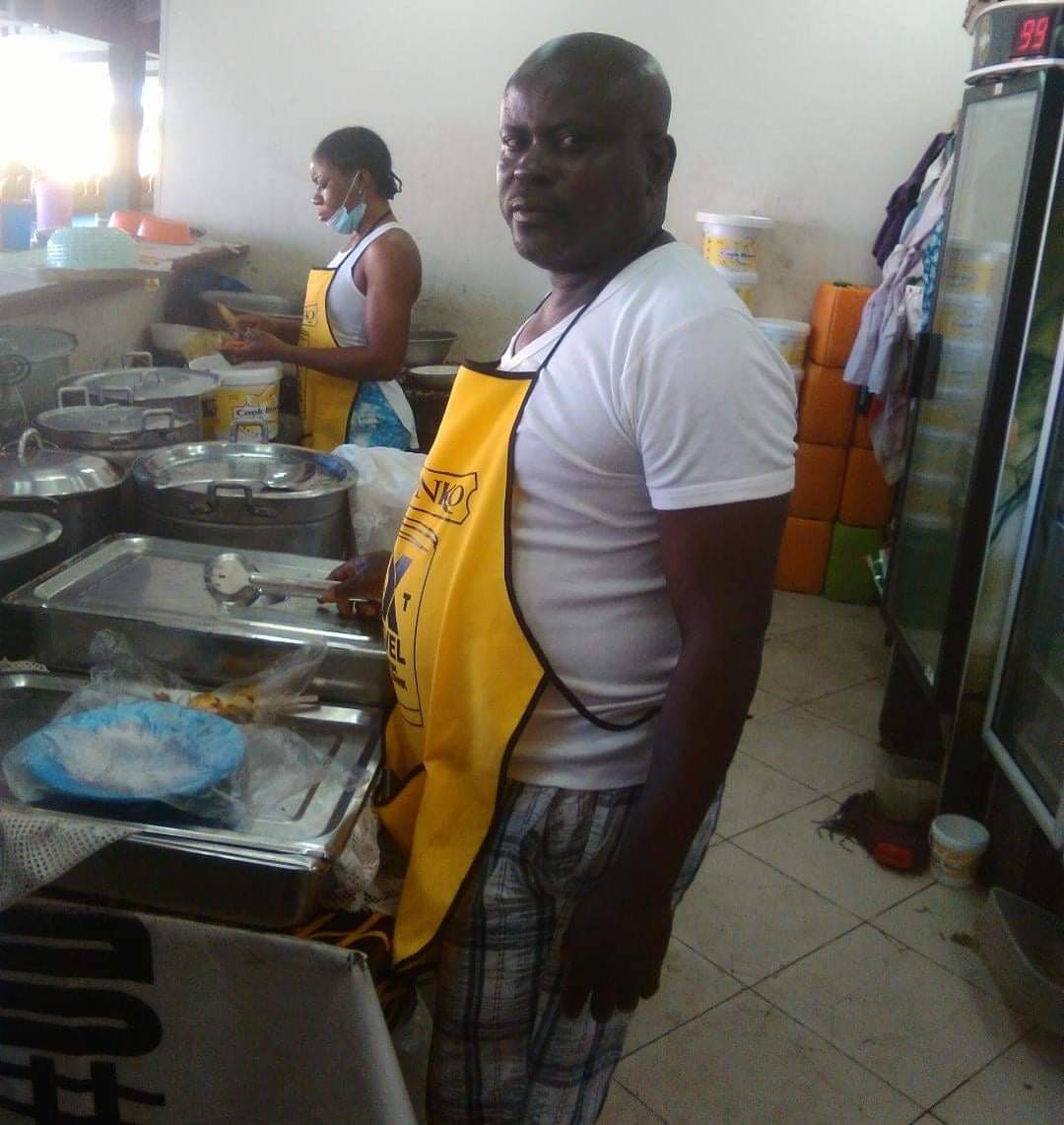 …from petty hawking to stadium ‘bourgeois’

THERE are scores of people who have contributed immensely to the development of the nation’s sportsmen and women – off the field, through their benevolence and malignity.

One of such charitable people is Nii Akramah Tagoe, a food vendor at the nation’s Wembley – the Accra Sports Stadium, whose aridity for success is unstoppable.

Now operating under the brand name Tagoe’s Kitchen, the 48-year-old man began life the hard way at the Accra Sports Stadium – specifically in the 80s, hawking through the stands with toffees, biscuits, bagged water and chewing gums among others.

It was a difficult journey for the teenager who normally come to the stadium as early as 11.am on match days – sometimes much earlier, when the occasion involves sworn rivals – Accra Hearts of Oak and Kumasi Asante Kotoko – and leaves after 6.pm.

“The situation at home was quite tough and uncompromising and had to do this to support my parents with regard to my education,” he recalled.

According to Nii Tagoe, in the course of business, “you occasionally have the fans raining insults on you – some of them very vulgar – for blocking their views during matches.”

“It’s all part of the game. So, most often, I had to wait until it’s half time before I continue hawking.”

After years of hard work, dedication and commitment to his routine, he was able to raise enough capital to open up a much bigger undertaking – a catering service at the Accra stadium in 2008 – serving both local and continental dishes.

“It was a big moment when Ghana hosted the Nations Cup and thankfully by the grace of God, I was able to take advantage of the opportunity,” he remarked.

Ahead of that, Nii Tagoe gained admission to the Accra Technical University (then Accra Poly) to read Diploma in Business Studies (DBS), completing in 2006.

“The course really gave me a deep insight into the business world.”
This was the reason he turned down a job opportunity at the International Commercial Bank (ICB) where he had his industrial attachment.

“I wanted to be an enterpreneur, own and manage my own business, so I declined the job opportunity at ICB – and today I’m happy I did,” he asserted.

Not too long after starting off his business, Ghana hosted the African Cup of Nations in 2008, a tournament that afforded Tagoe’s Kitchen a major breakthrough.

Having played a bit of colt football – establishing a comely level of camaraderie with a lengthy stream of footballers and other sportsmen and women since his hawking days in the 80s and 90s, Tagoe’s Kitchen became the place of ‘redemption’ when his catering business gathered steam.

He campaigned at the juvenile level for Akoto Lante Royal All Yankees at James Town in Accra, playing alongside players like Dennis Odoom (former Black Stars, Hearts of Oak and Great Olympics), Emmanuel Donkor (ex-Hearts star) and Godfred Yeboah, among others.

“I have had hundreds of footballers and other sportsmen and women come to me for support as regards money and food which I freely give. Some would promise paying back but usually do not.
“This, I have been doing at the stadium since my hawking days. But it is now more intense and I don’t feel reluctant being charitable to them because I have been in such difficult situation in the past,” he said.

Nii Tagoe was short of mentioning names of footballers – particularly in Accra, that have benefited from his magnanimity and largesse.

“Maybe, let me say it’s my contribution to sports development in Ghana, so I don’t feel too bothered if the players, some of whom are now big stars, do not return the gesture. It is all part of life, you know.”

So, does Tagoe’s Kitchen have any surprise for the world during the forthcoming Tokyo Olympic Games (July 23 to August 8, 2021)? Possibly, yes.

He disclosed that he was going to put at the disposal of the public a sizable screen TV that would connect fans to the Olympics, whilst they relax to some delicious raiment of food and drinks.