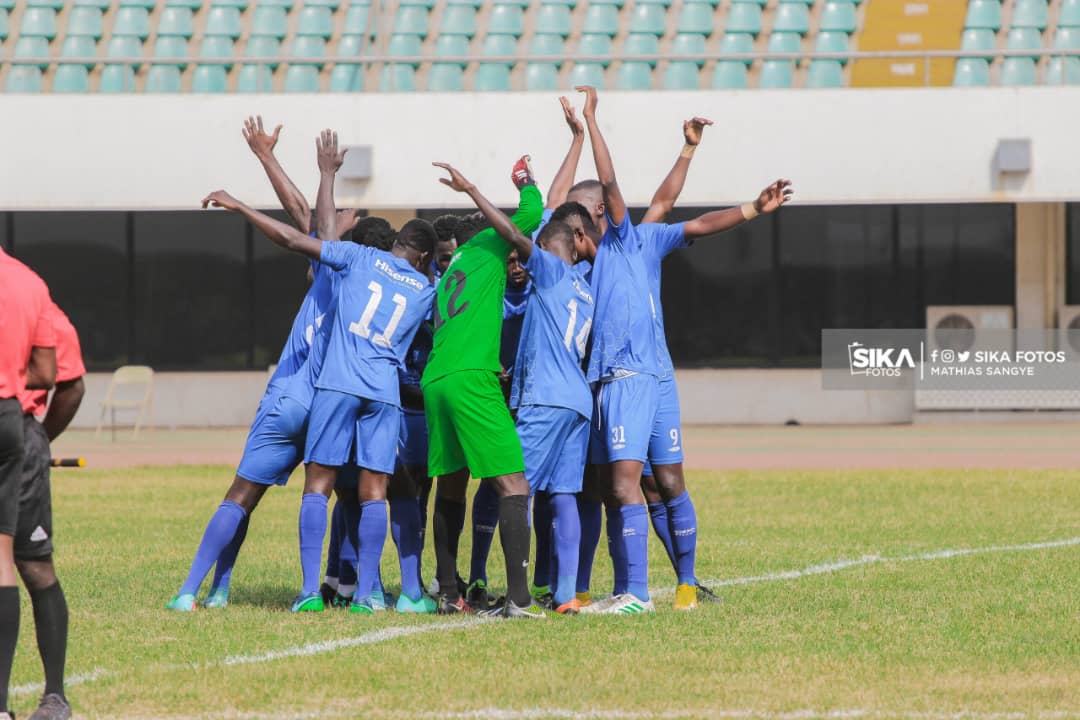 Premier League returnees, Real Tamale United (RTU), have declared their intention to maintain their status in the Ghana Premier League (GPL) by the end of the 2021/2022  season.

The club is therefore bent on building a winsome side capable of holding their heads high against every opposition in the coming season.

The head coach of RTU, Ibrahim Tanko Shaibu, disclosed to the Graphic Sports  in an exclusive interview that he and his technical team were putting in place measures to revamp the team to make it very competitive in the GPL.

He admitted that the GPL was a different level from the Division One League (DOL), and therefore required a different approach, direction and focus, hence his determination to transform  RTU into a more formidable team ahead of the new season.

On Sunday July 25, RTU beat Bofoakwa Tano at the finishing line to gain promotion into the GPL after almost a decade’s participation in the Division One League (DOL)

On the final day of the Zone Three DOL, RTU defied all odds to beat Unity FC 2-0 in their local derby at the Aliu Mahama Stadium in Tamale, while Bofoakwa  were stretched to a pulsating 0-0  draw by Berekum Arsenals at the Golden City Park at Berekum, giving the pride of the north the edge.

Both teams were tied on 65 points from 34 matches but RTU got the nod  following their head-to-head advantage over their opponents.

Coach Tanko said, “We ended the DOL a few days ago but while playing we were also putting our heads together on measures to take to transform the team into one of the strong forces in the GPL.”

“So now that we have realised our goal, our immediate focus is to implement  measures to build a formidable team in the league,” Coach Tanko stated.

He emphasised that participating in the GPL was a different challenge which required a different attitude and players, hence his desire to recruit quality and experienced players to beef up his squad.

“We will definitely recruit new players but it will depend on our strengths and weaknesses. This will enable us to build a team capable of withstanding all forms of forces when the league begins,” he stressed.

Coach Tanko, however, declined to make the weaknesses facing the team public but gave the assurance that management was eager to support the technical team to strengthen RTU in all departments.

“Preparations to build a strong team started immediately after our qualification because we cannot rest on our oars in celebration of our qualification into the GPL, since playing in such a competitive league requires a different approach.

“We have come to stay in the GPL and not be mere participants, so the fans should always offer us their unflinching support to galvanise the players to excel when the league begins,” he added.