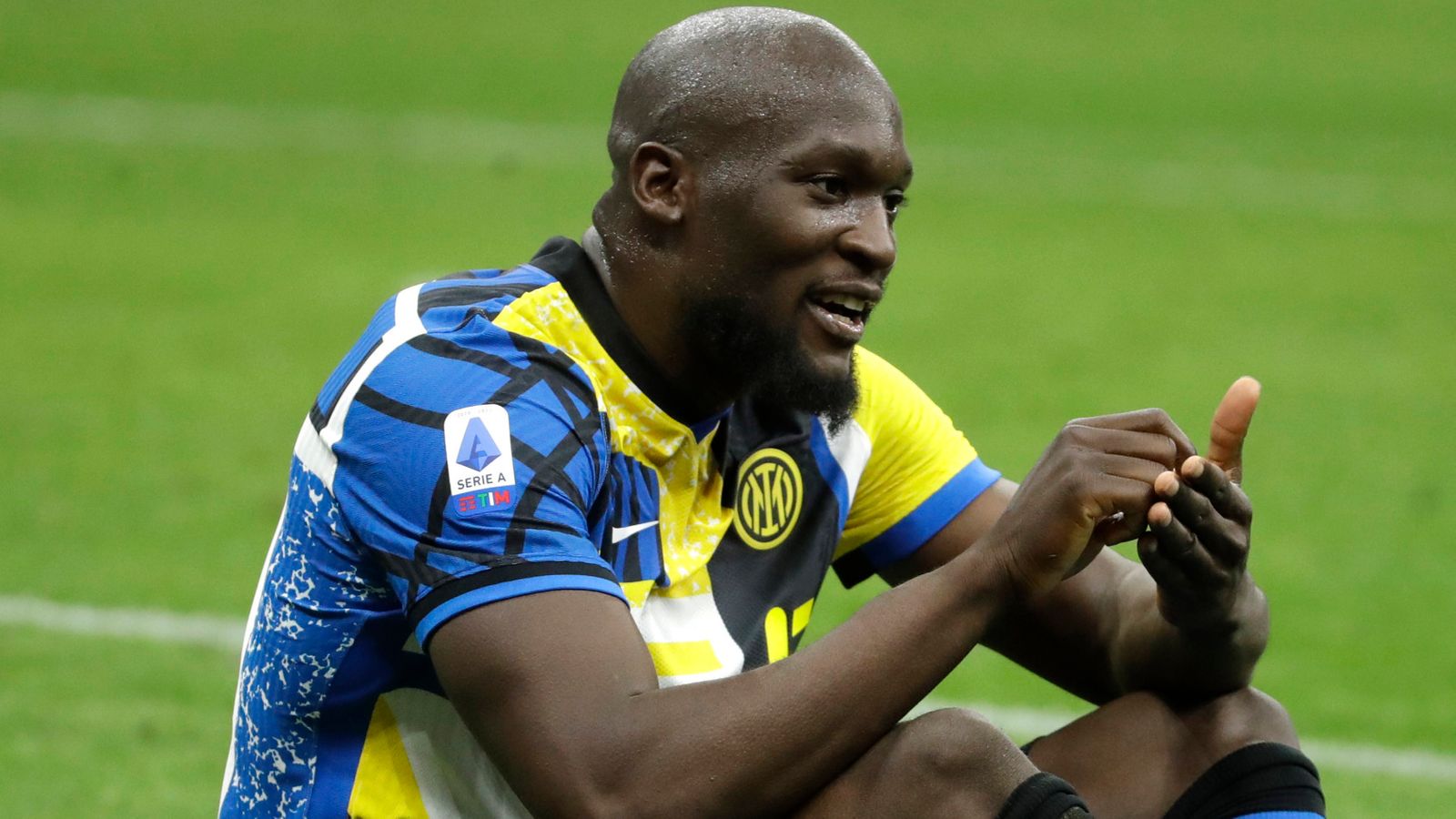 Romelu Lukaku is undergoing the first part of his Chelsea medical in Italy after the club agreed in principle a club-record deal worth £97.5m (€115m) to re-sign the striker from Inter Milan.

The medical is taking place in Milan, while the paperwork is now with club lawyers, and once that is formalised Lukaku is expected to sign a five-year contract.

Inter have previously rejected two offers from Chelsea for the Belgium international, the second of which was worth £85m (€100m) plus left-back Marcos Alonso.

Lukaku, 28, left Chelsea in 2014 after making just 15 appearances there following his arrival at Stamford Bridge from Anderlecht in 2011.

One of the most prolific strikers in Europe, Lukaku scored 87 goals in 166 games for Everton between 2014 and 2017 and found the net 42 times in 96 appearances during his two years at Manchester United before signing for Inter in 2019.

He scored 24 goals in Serie A last season, helping Inter to their first Scudetto in 11 years as the club put an end to Juventus’ nine-year reign as Italian top-flight champions.

Chelsea head coach Thomas Tuchel was reluctant to admit a deal for Lukaku was close, but did stress the No 9 role is an area the club are looking to strengthen after Olivier Giroud left the club to join AC Milan.

“We lost Olivier Giroud who played a crucial role in the club,” Tuchel told Sky Sports. “He was the kind of profile who likes to play with his back to goal, who likes to hold up balls, who creates space for Werner, Havertz, Pulisic; who is ready to fight physically with defenders.

“This is the kind of profile that we don’t have in our squad right now and that we are looking for. It’s still not the moment to talk about names because we have nobody signed yet and we will show all the respect to other clubs.

“Romelu is one of the guys like Haaland at Dortmund, Lewandowski at Bayern, Harry Kane at Tottenham, who is a real No 9 who loves to score and who has a presence in the box. That is not a secret. The sentence [Tuchel describing Lukaku as a ‘fantastic player’] is easy to repeat for any coach in the world.

“But [his] is the kind of profile we’re looking for and if it is possible to convince agents and clubs we will do our best.”

Tuchel also stressed the need to improve after “big signings” elsewhere in the form of Jack Grealish to Manchester City and Jadon Sancho to Manchester United.

“They are big signings and we are also trying to improve the squad; at the same time we give all our energy to the guys that we have – it’s our goal to improve the group we have,” Tuchel added.

Inter fans protest against owners – “Zhang, the time is over”

Inter must decrease their wage bill this summer and title-winning manager Antonio Conte left the club in May amid concerns about plans to reduce his budget.

Lukaku was not involved as Inter won 2-0 in a friendly away at Parma on Sunday evening – a match that witnessed prolonged protests against the club’s Chinese owners over the planned sale and general cost-cutting strategy.

President Steven Zhang was the target of most of the anger with banners at the game saying “Zhang, the time is over” and “Zhang, if you want to save Inter you have to leave”.

Chelsea are eager to sign a world-class centre-forward during the transfer window and Erling Haaland of Borussia Dortmund is another target the Blues have been interested in.

Meanwhile, with Lukaku set to depart the San Siro, Inter Milan are in talks to sign Roma forward Edin Dzeko and are offering the Bosnia and Herzegovina international a two-year deal.

Inter want to sign two forwards to replace Lukaku and one of their other targets is Atalanta’s Colombia international Duvan Zapata.

If Atalanta sell Zapata, they will try to sign Tammy Abraham from Chelsea.