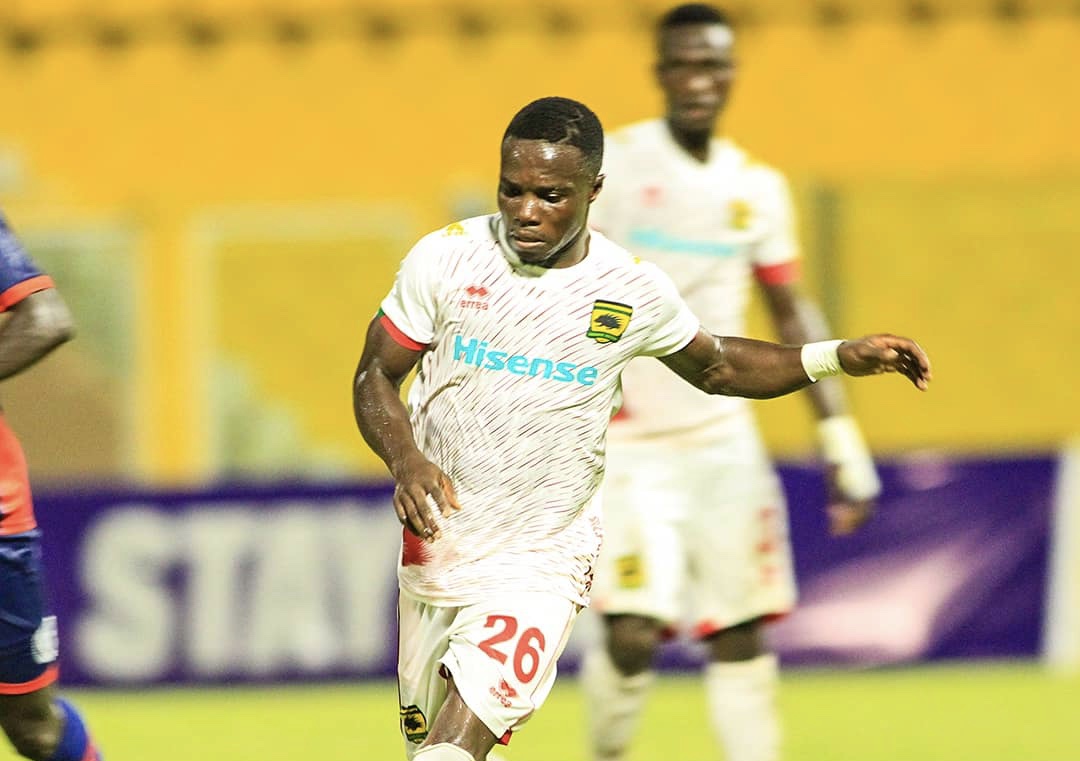 The speedster is currently out of contract with the Porcupines and thus is a free agent.

Ghanasportspage understands that Legon Cities are in advance talks with the former Ghana Premier League(GPL) goal king as both parties look to reach an agreement soon.

While talks are going well with the Royals, other reports claim a Saudi Arabian club and Okrah’s former side Bechem United are also interested as they continue to monitor the situation.

The left-footed winger did not appear in many games for Kotoko in the just ended season due to consistent minor injuries.

Nonetheless, the 28-year-old managed three assists and a goal in 10 games.