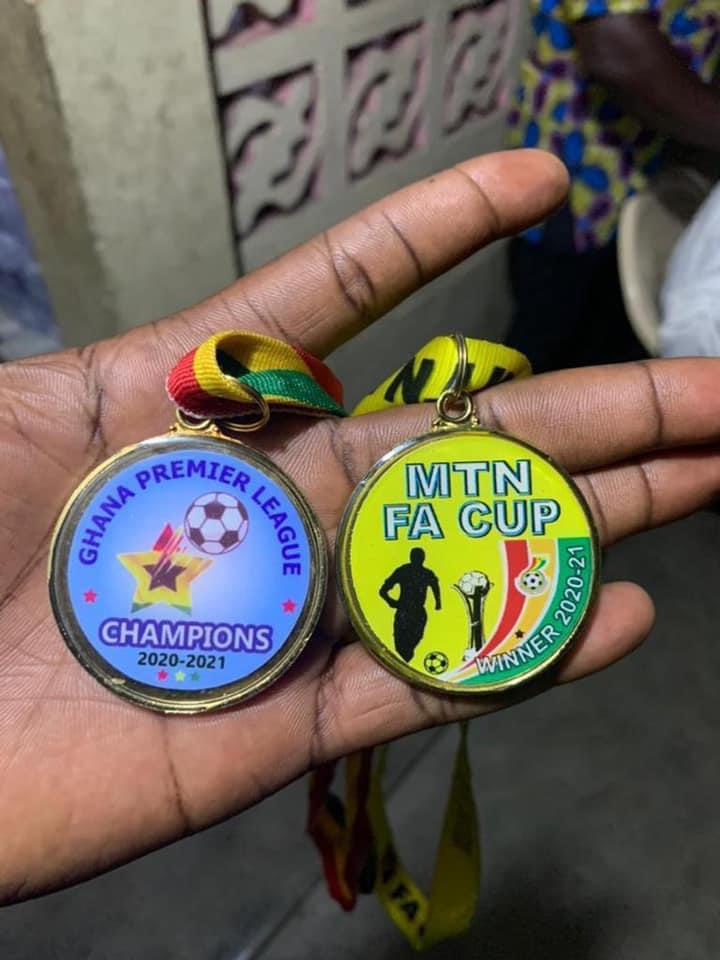 Ghanaian football fans have expressed their displeasure over the medals awarded to Hearts of Oak for winning the domestic double by the Ghana Football Association (GFA).

The Phobians ended their 11-year Ghana Premier League winless run after pipping their arch-rivals Asante Kotoko to the 2020/21  title and topped it up with the MTN FA Cup, achieving this feat for the 11th time in their history.

It is their first time of sealing the double since 2000 when they last won the cup competition.

The Phobians walked away with the prize money of GH¢250,000 and will represent Ghana in the CAF Champions League next season for winning the GPL. They were handed 40 gold medals in addition.

Adding the MTN FA Cup glory to the GPL title came with GH¢80,000 and medals as well.

Despite the prize money for both competitions being too small, Ghanaians are rather expressing their views on the medals given to the team.

Some believe that in this day and age, the medals awarded to the team by the GFA are not befitting while others are defending the country’s football governing body.

Some rivals fans decided to use the opportunity to troll Hearts of Oak.