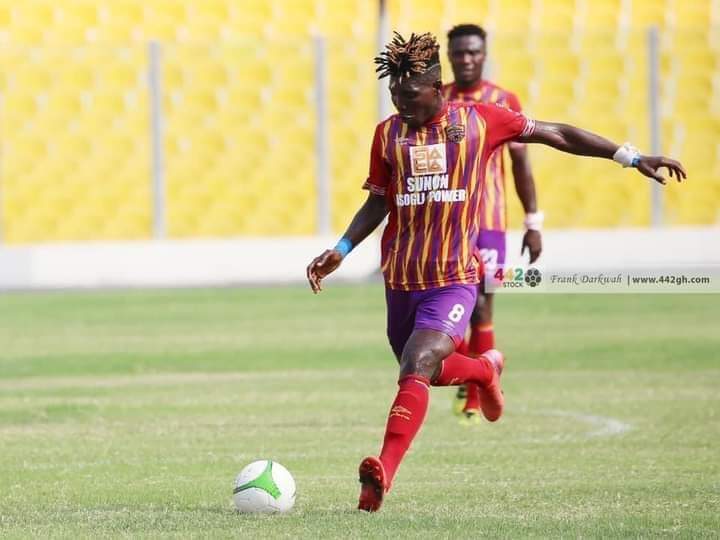 Hearts of Oak are set to lose key midfielder Benjamin Afutu for refusing new terms to extend his expiring contact, according zo a Ghanasoccernet exclusive report.

Afutu has less than a month remaining on his current contract with the Phobians and is on the brink of leaving the club.

Hearts must register him at the Confederation of African Football (CAF) by Monday for the CAF Champions League and gave him last Friday as a deadline for the contract extension.

The highly-rated midfielder refused the new terms so he will not be registered for the continental showpiece and thus exit the club as a free agent.

Afutu played a pivotal role for Hearts in their double triumph at end of the 2020/2021 season where they won the Ghana Premier League and the FA Cup.

The 25-year-old made 29 appearances for the Phobians in the Ghanaian top-flight and scored five times in the process.