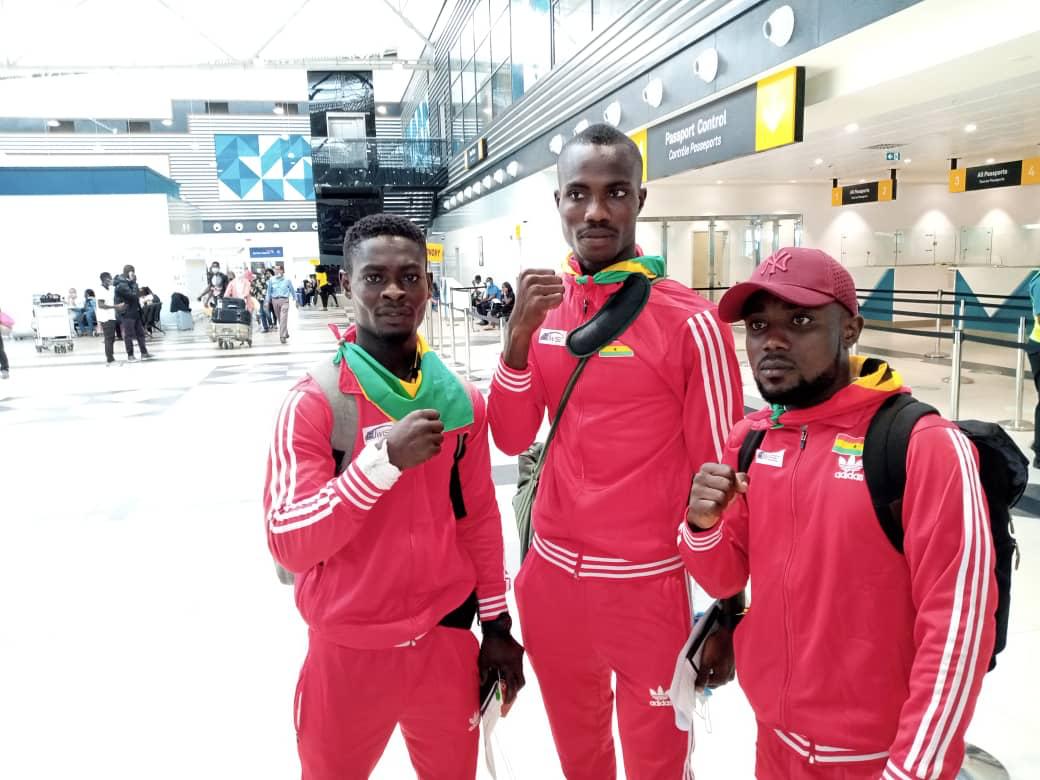 Three athletes and three officials have left Accra enroute to Kiev, Ukraine where they will represent Ghana for the first time ever at the Combat Ju Jutsu world championship as this year’s edition of the competition organised by the Combat Ju Jutsu International Federation (CJJIF)  gets underway today.

Team Ghana captain, Abdul Malik Adjei (bantamweight), Isaac Dowuona (lightweight) and Ishmael Lantei Lamptey (welterweight) are the athletes with the honour of being the first to represent Ghana at the global event of the self defence sport in the European country.

The fourth qualified athlete, Solomon Donne Ametepey, a middleweight unfortunately got injured in training and will not make the trip.

Accompanying them are Evans Bernie-Johnson, executive director of Professional Combat Sports Association of Ghana (PROCSAG) as well as head coach Maxwell Borquaye and one official of PROCSAG, Maida Latif.

Ghana is one of just three African countries, Egypt and Uganda being the others who will compete at the world tournament featuring a total of 32 countries including Brazil, USA, Canada, Panama, Turkey, Switzerland, Spain, Italy, France, Kazakhstan among others.

“We are very excited to take combat ju jutsu to the world level, to represent Ghana. That’s just stuff of dreams, our boys are well prepared and I’m very confident they will win medals in Ukraine,” said Evans Bernie-Johnson, Executive Director of PROCSAG.

Also on a high is captain of Team Ghana, Abdul Malik Adjei who has pledged to lead his side to success at the championship which is billed for the Urban Sports City Arsenal sports complex in the Ukranian capital.

“Obviously we are very happy to get this opportunity to represent our country in this big event. We are working very hard and trust me we are all going to excel in our various categories and definitely we will return home with medals,” he said.