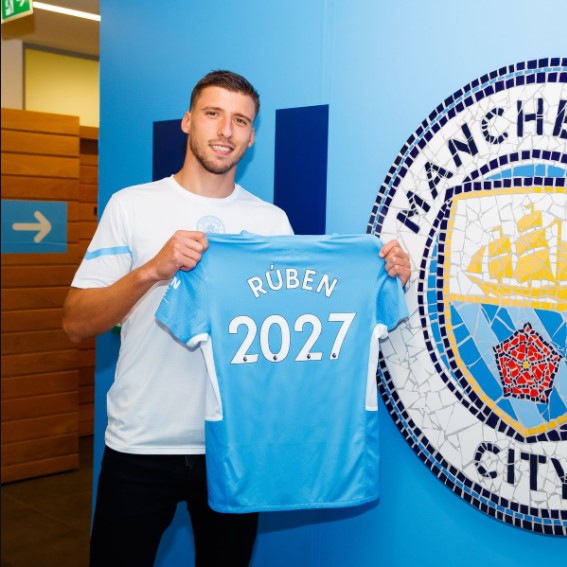 Just 12 months after completing a £63 million transfer from Benfica, Ruben Dias has signed a new six-year deal worth a reported £160,000 a week.

The central defender has thoroughly impressed since his arrival in Manchester. His efforts in securing Manchester City’s 5th Premier League title and 4th consecutive Carabao Cup last season, landed him the prestigious FWA Player of the Year award.

It was clear Dias’ quality was something to tie down, and the hierarchy have wasted no time on that front. Speaking to the club’s official website, director of football Txiki Begiristain has shared his delight at the news.

“Although he only joined us less than a year ago, in that time Ruben has already proved to be such a vital part of our squad.”

“And it tells you everything about his quality and importance to the Club that we wanted to recognise his impact with this new contract.”

The new contract keeps Dias at the Etihad Stadium until 2027 at least, and Begiristain believes last years success is just the start of what the 24-year-old could achieve at the club.

“He is everything you would want in a central defender and so much more and he will be a big part of our drive to bring even more success to the Club over the next few years,” he concluded.