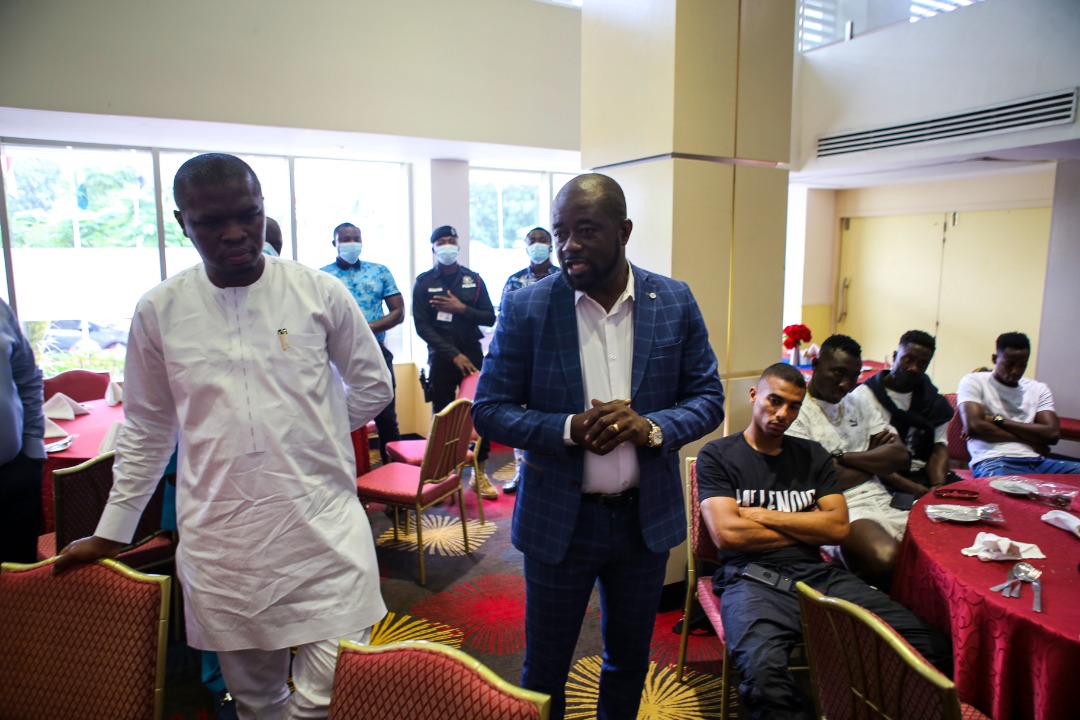 Ghana’s Youth and Sports Minister Mustapha Ussif (Hon.) has stressed on Government’s commitment to ensure that the Black Stars qualify for the FIFA World Cup Qatar 2022.

Ghana who missed the ticket to the last World Cup in Russia are in search a record fourth World Cup appearance after making her debut appearance in Germany in 2006. The team made history by being the only African side to move to the second of the quadrennial competition – but suffered a 3-0 loss to Brazil to exit at the round of 16.

Ghana came close to becoming only the second African team to make the Quarter final appearance but a shootout defeat to Uruguay ended Ghana’s near perfect campaign in South Africa in 2010.

The Black Stars qualified for a third straight World Cup in Brazil in 2014 but this time the team crushed out of the competition at the Group stages.

Speaking to the players on Tuesday morning, Mustapha Ussif emphasized on the need for the players to fight hard to lift the flag of Ghana very high.

‘’I bring you greetings from H.E President of the Republic Nana Addo Dankwa Akufo- Addo, the man who himself is a sports enthusiast. Everybody knows that he likes football and as you embarking on this journey, a journey that every single Ghanaian is looking forward to’’ the Yabaga-Kubore law maker said.

‘’The campaign that you about to launch – he said I should bring his goodwill message and best wishes to you before you embark on this journey and that is why I am here to deliver that message. You can’t send the Army to the battle without ammunition – they will be defeated, so the campaign we are going to embark on, on the Government side we are going to ensure that everything is done so that you will have a very fruitful campaign.

‘’We know, we cherish each and every one of you, to have the opportunity of wearing the colours of the Black Stars is a pride and we know that the calibre of people sitting I this room – going to represent us both in the World Cup qualifiers and the AFCON, we have no doubt at all that we going to perform and deliver and lift the flag of Ghana very high.

‘’Anytime the Black Stars qualifies and participates in the World Cup the whole continent looks up to Ghana. You can talk of what happened in Germany and South Africa so we have rich history when it comes to the World Cup.

‘’What you have done in the past have left a big hole for you come and fill and I have no doubt you are going to deliver.

‘’So I am here to deliver a short message and the message to assure you that we totally cherish you. Whatever that Government is going to do to ensure that this campaign becomes successful’’ Mustapha Ussif (Hon.) added.