REVEALED: Tickets for Cristiano Ronaldo's Old Trafford homecoming are being sold for up to £700 on resale sites 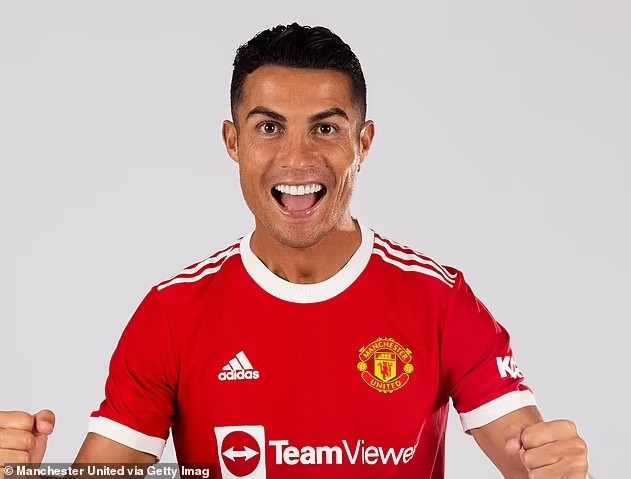 The Portuguese superstar is set to make his Old Trafford homecoming on Saturday, September 11, when United host Steve Bruce’s Newcastle in a 3pm kick-off.

Ronaldo’s return however has sparked a chaotic surge in ticket demand, with unofficial re-sale websites now witnessing prices reach just shy of £700 to see the 36-year-old pull on the famous red shirt once again.

According to a report in the Times, ticket prices on re-sale platform Stubhub reached an astronomical £2,500, but now appear to have been swiftly removed by the service provider.

Sportsmail has contacted Stubhub for comment on the matter.

Fans are scrambling to see Cristiano Ronaldo make his second Man United debut, which is set to be against Newcastle United at Old Trafford on Saturday, September 11

One of the ticket re-sale sites, Live Football Tickets, advertise 198 available tickets for the match, with prices ranging from £265 to £699

At present time of writing another of the ticket re-sale sites, Live Football Tickets, advertise 198 available tickets for the match, with prices ranging from £265 to £699.

United however have urged fans not to buy from ticket resale websites, in order to avoid the possibility of being left out of pocket or face complications in getting their tickets.

‘We strongly discourage fans from purchasing tickets from unauthorised sources,’ a spokesman told the Times.

‘These tickets are often invalid, leaving fans out of pocket, disappointed and unable to see the game.’

Tickets for the match have now become gold dust, with fans desperate to see his return

The Times reported that tickets were changing hands for £2,500 on Stubhub – though all products for United versus Newcastle now appear to have been removed from the site

Ronaldo himself has been drumming up hysteria ahead of his emotional United return by reminiscing about the past and speaking of his close relationship with legendary former manager Sir Alex Ferguson.

Ronaldo this week outlined that Ferguson’s phone call to him had been a crucial deciding factor behind him agreeing to return to United.

The pair grew close during the forward’s first spell at Old Trafford from 2003-09 after the Scotsman signed him from Sporting Lisbon, fending off interest from bitter rivals Arsenal in the process.

Ronaldo told MUTV: ‘Since I signed for Manchester [United] at 18, Sir Alex Ferguson was the key.

‘He is like a father in football for me. He helped me a lot, he taught me many things and, of course, he had a big role because of the relationship that we had.

Under Ferguson, Ronaldo became one of the world’s finest players and won United many titles

‘We keep in touch all the time and he’s an unbelievable person. He was the main key for me to be in the position that I am, that I signed for Manchester United.’

Despite now being in the Twilight of his career Ronaldo will have a dramatic impact on United’s chances of landing a Premier League title this season, according to leading football analysts, who have crunched the numbers on his sensational return.

The five-time Ballon d’Or winner’s reunion with United will not only boost their prospects of a league title from seven percent to 12 per cent, but significantly increase the likelihood of a Champions League triumph, too.

The game’s statisticians routinely compile data on players in order to predict their likely impact on new teams – and clubs use the information to inform their recruitment decisions.

The Twenty First Group, which advises leading sides across Europe on all aspects of their strategic development, has run the numbers on Ronaldo’s reunion with United, after he signed from Juventus for a fee of £19.8million, with add-ons.

And the analysts have good news for Red Devils’ fans. They have concluded that the Portuguese will have a significant impact at the Theatre of Dreams bringing the prospect of serious silverware much closer.

‘Our models estimate that Ronaldo’s arrival at Manchester United increases their chances of winning the league by five percentage points, from 7 per cent to 12 per cent,’ said Omar Chaudhuri, chief intelligence officer at the Twenty First Group.

‘His arrival has also boosted their Champions League chances, from 5 per cent to 8 per cent.’