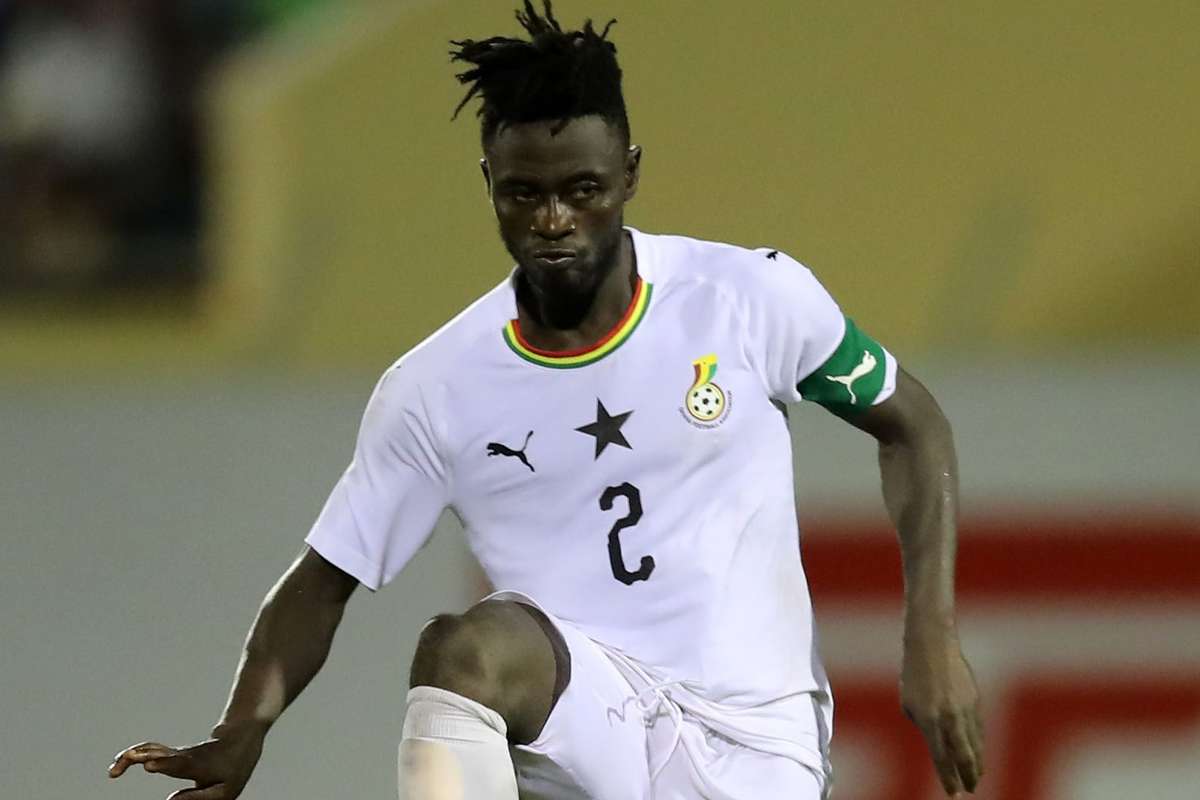 Hearts of Oak defender Fatawu Mohammed has been handed his first start in Ghana shirt for the 2022 FIFA World Cup qualifier against South Africa tonight.

Mohammed, 29, will take the place of England-based Andy Yiadom – who couldn’t travel to South Africa due to Covid-19 restrictions.

The experienced right-back gets the chance to impress following mounting calls for his inclusion in the team.

The Ghana Premier League winner with giants Hearts of Oak, is expected to make a serious case for home-based players as the four-time African champions battle the Bafana Bafana at the famous FNB Stadium in Johannesburg.

Ghana are in control of Group G thanks to their win in their opening group game against Ethiopia. A further win in Johannesburg would put South Africa’s qualification hopes into serious doubt.

The hosts are unbeaten in their last eight matches and have kept a clean slate in seven of those matches which means they will be very difficult to beat.

They are favourites to win the match against the Black Stars who have been decimnated by the absence of about nine top players.

Two heavyweights of African football face off at FNB Stadium in Johannesburg on Monday as South Africa host Ghana in a huge World Cup 2022 qualifying clash.

The hosts kicked off stage two of the qualifying process with a 0-0 draw against Zimbabwe, while Ghana beat Ethiopia 1-0 to lead the way in Group G.

South Africa is in Group G along with Ethiopia, Ghana, and Zimbabwe. They have a difficult task ahead of themselves if they want to be eligible for the global spectacle.

Only the Groups A-J winners will be able to progress to the final round for Qatar 2022 qualification.

The five remaining African nations will face off in a two-legged playoff to determine the winner.

The next World Cup, which will be held in the Middle East for the first time, is scheduled to take place between 21 November and 18 December.