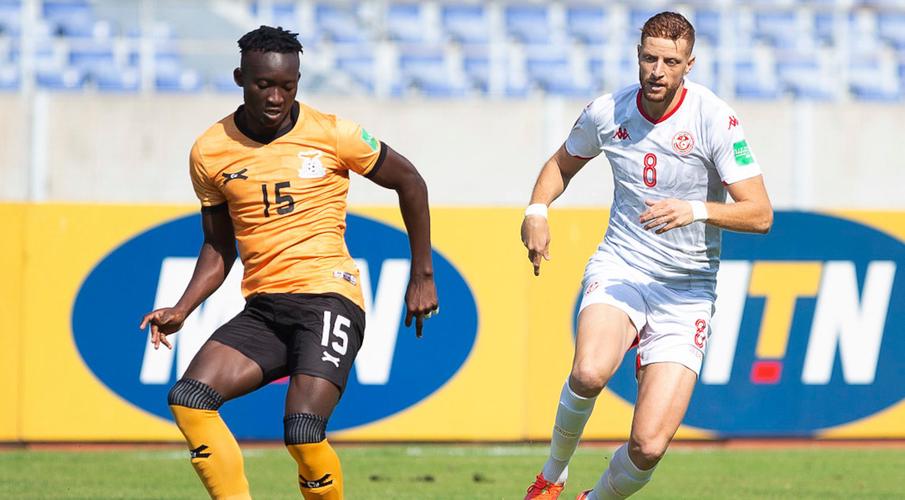 Tunisia claimed a 2-0 victory over Zambia in their 2022 Fifa World Cup qualification Group B match at the Levy Mwanawasa Stadium on Tuesday afternoon.

The win saw the Carthage Eagles maintain their lead at the top of the group standings with four games left, while Chipolopolo remained second on the table.

The Carthage Eagles applied some pressure on Chipolopolo from the first whistle and they were awarded a penalty after Benedict Chepeshi was adjudged to have handled the ball in the box.

Wahbi Khazri then stepped up and scored his 21st international goal, from the spot-kick, to hand Tunisia a 1-0 lead just nine minutes into the encounter.

Chipolopolo had to find a way to level matters, but they could not keep their shots on target, with Dickson Chapa and Prince Mumba failing to hit the back of the net with their attempts.

The visitors then stood firm at the back until Egyptian match referee Ibrahim Nour El Din blew the halftime whistle and Tunisia were leading 1-0 at the interval.

Chipolopolo continued to push for the equalising goal after the restart, but the Carthage Eagles were defending well at the back, with France-based Dylan Bronn marshalling the defence.

Kelvin Kampamba and Clatous Chama were introduced by coach Beston Chambeshi as the 2012 Africa Cup of Nations champions searched for their first goal.

The two substitutes combined well in the visitors’ half with 20 minutes left on the clock, but Chama was fantastically denied by goalkeeper Farouk Ben Mustapha.

However, Zambia were left vulnerable at the back when they pushing forward in numbers and they conceded in stoppage time when substitute Anis Ben Slimane scored to seal Tunisia’s 2-0 win.