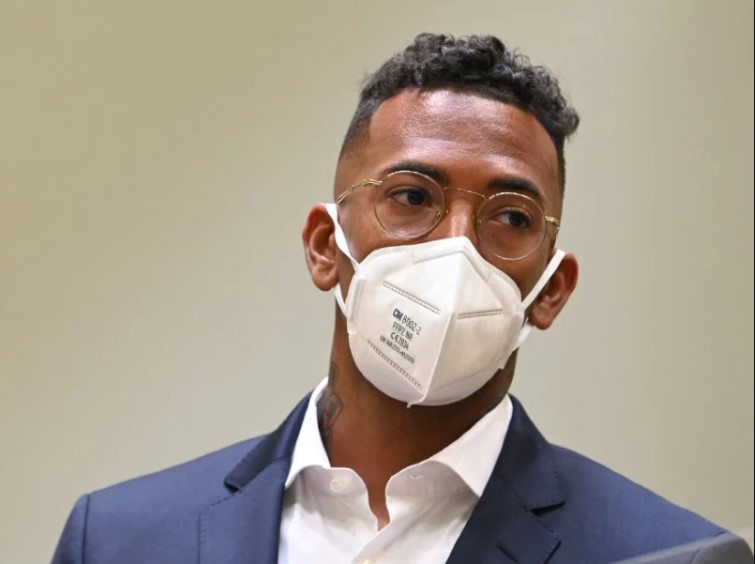 German 2014 World Cup winner Jerome Boateng on Thursday denied accusations before a Munich court that he assaulted the mother of his twin daughters during a heated argument in 2018. Wearing a dark suit and white shirt, the burly 33-year-old defender gave his version of events as he testified for almost two hours in Munich regional court. Boateng disputed accusations from his ex-girlfriend, named as Sherin S., who told the court he punched her, causing her to lose her breath for a moment during a heated argument while the pair were on a Caribbean holiday with their daughters in July 2018.

The incident happened in the weeks after the World Cup in Russia, when Boateng was in the Germany squad which was knocked out early after the group stages.

Tensions were said to be running high between the former couple, who disagreed over living arrangements as Boateng chased a high-profile transfer to Paris Saint-Germain, which never materialised.

The footballer insisted he had “not become violent” after the argument broke out over a game of cards and denied attacking his former girlfriend, who he claims punched him several times, injuring his lip.

– ‘Bit me in the head’ –
On the night of the alleged attack, his former partner told the court that Boateng “pressed against my eye with his thumb, bit me in the head and pulled me to the floor by my hair”.

She alleges that Boateng, who is 1.90 metres (six foot two inches) tall, repeatedly insulted her and hit her on the back with “one strong punch and several light punches. That’s when I lost my breath for a moment”.

Boateng and his ex-girlfriend are also locked in an ongoing legal dispute over custody of their twin daughters, who currently live with the footballer.

Several witnesses are due to give evidence and a verdict could be returned later Thursday.

If found guilty, Boateng could be fined or jailed for up to five years.

The original date for the hearing was postponed last December because a witness was unable to appear due to the Covid-19 virus.

Boateng is the latest footballer to appear in court.

Manchester City defender Benjamin Mendy is currently held in custody in the UK ahead of a potential trial on rape and sexual assault charges.

– Turbulent year –
Boateng, who has millions of followers on social media platforms, has so far faced a turbulent year.

His ex-girlfriend, influencer and model Kasia Lenhardt, was found dead having committed suicide in a Berlin flat in February while he was away playing for Bayern at the Club World Cup in Qatar.

He was immediately given permission to fly home after news of her death.

The 25-year-old took her life six days after Boateng finished their relationship, then gave details of the break-up during a frank interview with top German daily Bild.

After making 363 appearances over 10 years at Bayern Munich, winning nine Bundesliga and two Champions League titles, Boateng’s contract was not extended when it expired in June before he was snapped up by Lyon.

He was a key part of the Germany squad which won a fourth World Cup crown in Brazil, but has not played for his country since being axed by former German coach Joachim Loew in March 2019.

However, Boateng still hopes to add to his 73 international appearances under Loew’s successor Hansi Flick, his former coach at Bayern Munich, who masterminded the Bavarian giants claiming a treble of titles in 2019/20.

The son of a German mother and Ghanaian father, he found himself at the centre of a debate over integration when he was attacked for his skin colour by the leader of Germany’s far-right party in 2016.

Germany’s leader Angela Merkel got involved and invited Boateng to an event at the chancellery, where she made a point of telling Boateng’s father, who was also there, “You have a great son, you can be proud”.