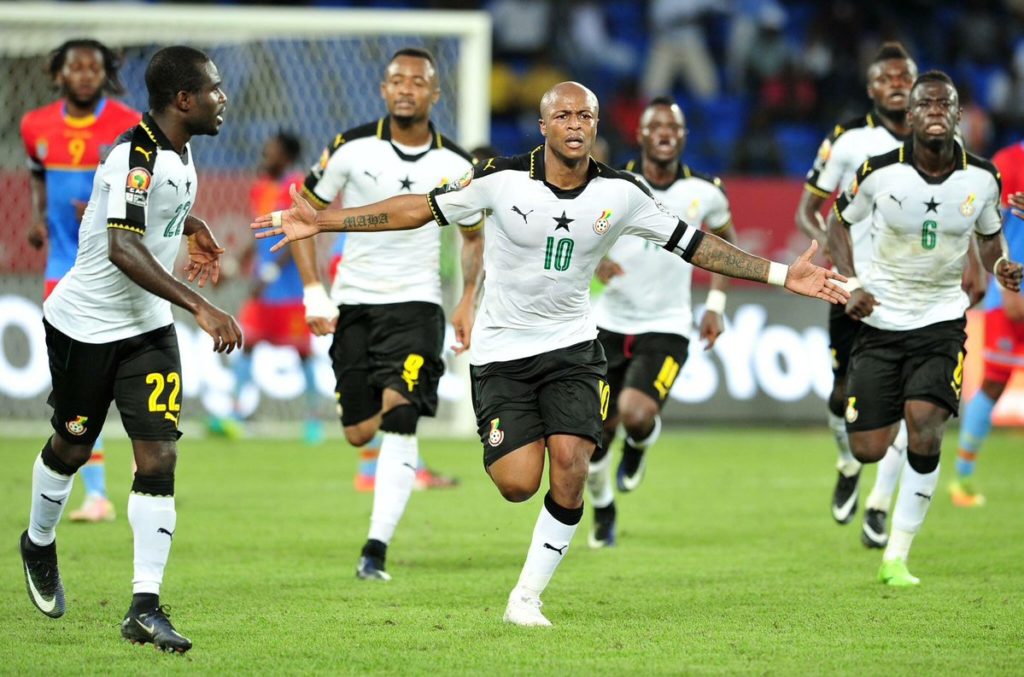 Ghana’s hopes of qualifying the 2022 World Cup is hanging in a balance as the Black Stars could  lose all its key players for the two away games against Ethiopia and Zimbabwe.

Black Stars top players may not be released by their European clubs to play in next month’s clash with Zimbabwe in Harare and November’s game against Ethiopia in Addis Ababa which will seriously damage Ghana’s chances of winning those two games.

That is because Zimbabwe and Ethiopia have been placed on the controversial red list of countries that are at high risk of Covid-19 by some European countries where most of Ghana’s top foreign players ply their trade.

With the Black Stars scheduled to travel to those African countries with the highest risk of Covid infections, their European clubs might not release their Ghanaian players to join the Black Stars because of the stringent restrictions they would face on their return.

If they have travel to Ethiopia and Zimbabwe, the about nine Ghanaian players would be subject to quarantine upon their return to the United Kingdom and some others countries.

The exclusion of several such top players was a key factor in Ghana’s 1-0 qualifying loss to South Africa on Monday and the situation could be repeated next month and in October if the governments of the European countries don’t revise their rules on red list countries.

The Black Stars arrived at the FNB Stadium in South Africa for the Group A qualifier without seven European-based players, who were withheld by their clubs.

Now with the Black Stars scheduled to face Zimbabwe on 9 October in Harare and Ethiopia on 10th November, all the top stars that missed the defeat in South Africa are unlikely to be released by their clubs.

The same situation will also apply to the recovering duo of Thomas Partey and Mohammed Kudus as they will also be prevented by their European clubs from playing for the Black Stars in those matches.

This means the Black Stars have to travel to those two away games with their second string side that bombed in South Africa where they were completely dominated and defeated by a young and inexperienced Bafana Bafana side.

Defeats in those two away matches will all but end Ghana’s hopes of qualifying for the global tournament as the Black Stars are already seen to be on the backfoot in the qualifiers after just two matches in Group G.

Ghana will continue their search for a place at the 2022 World Cup by playing home and away matches against Zimbabwe next month.

Only the winners in each of groups A to J will be able to progress to the final round for Qatar 2022 qualification.

The ten remaining African nations will face off in a draw to determine the winners.

The next World Cup, which will be held in the Middle East for the first time, is scheduled to take place between 21 November and 18 December.