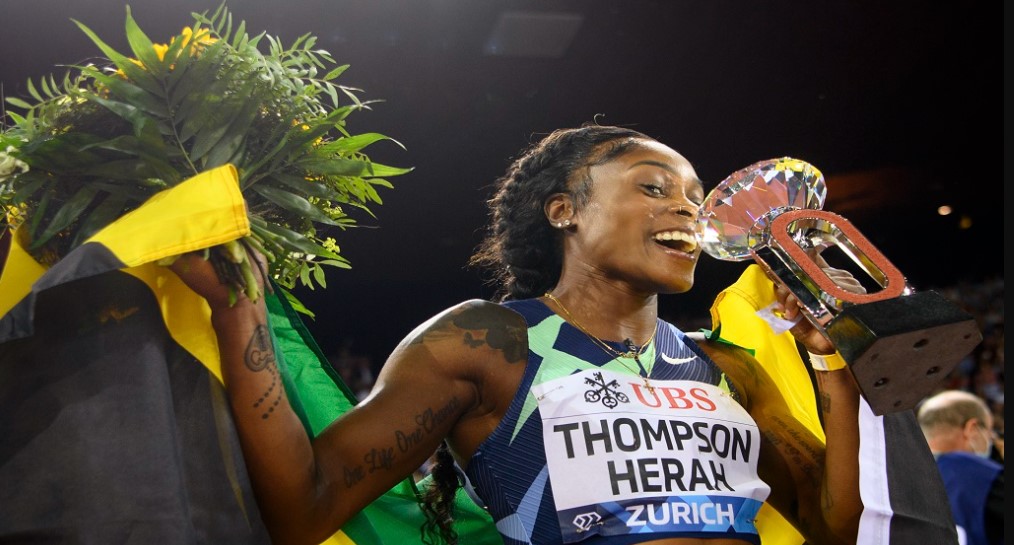 Elaine Thompson-Herah continued her stunning form on the track to win the women’s 100m final at the Diamond League meeting in Zurich.

The Jamaican sprint sensation clocked a time of 10.65 – breaking the long-standing women’s record in Switzerland set by USA’s Evelyn Ashford (10.76) back in 1984.

For Thompson-Herah, it was the fourth time this season she ran the 100m in under 10.70.

The five-time Olympic champion adds the title to her golds in both the 100m and 200m in Tokyo earlier this summer.

There was glory for a British athlete in the women’s 800m, however, as Keely Hodgkinson stormed to a stunning win.

Hodgkinson produced a quite brilliant finish to power ahead of the USA’s Kate Grace and Jamaica’s Natoya Goule.