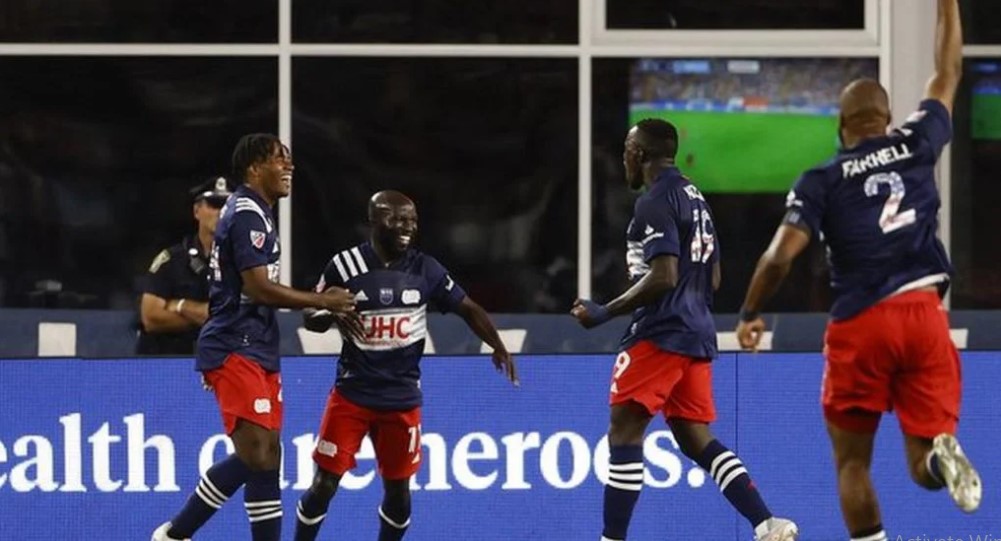 New England (17-4-4) set a MLS single-season record with its 14th victory by a one-goal margin. New York City (10-8-4), which has won seven straight at home, had its road winless stretch extended to seven games.

Buchanan gave New England a 2-1 lead in the 65th minute. Carles Gil drew the attention of the defense with an individual effort at the edge of the box, and he sent it back for Buchanan’s wide-open strike.

Buchanan has scored in the past four games he’s been available for. Gil, the MLS assists leader, got his 16th assist of the season to top Lee Nguyen’s club record of 15 in 2017.

Santiago Rodríguez opened the scoring for New York City in the 11th by one-touching home Valentín Castellanos’s flick with the outside of his foot. It was Castellanos’ seventh assist of the season.

Ten minutes later, Boateng tied it with his second goal of the season,

NYCFC was reduced to 10-men in the 53rd when Alfredo Morales received his second yellow card.