Mark Clattenburg blames Mourinho for why he quit refereeing mid-season

Rape case against Cristiano Ronaldo should be dismissed, says US judge 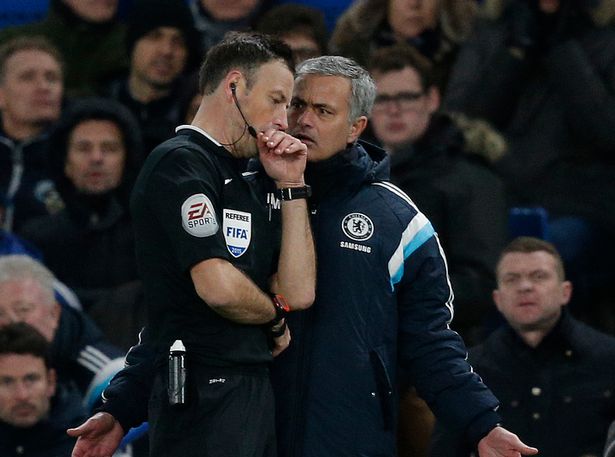 *Mark Clattenburg reveals a furious row with Jose Mourinho convinced him to quit as referee.*

Former Premier League referee Mark Clattenburg has revealed it was a row with Jose Mourinho that convinced him to quit as a referee.

Clattenburg was a Premier League referee from 2004 until 2017 when he retired mid-season to become head of refereeing in Saudi Arabia. The decision came as a shock at the time but he has now revealed that it was a furious bust-up with then Manchester United manager Mourinho that convinced him to quit.

Writing in his autobiography, which was serialised in the Daily Mail, Clattenburg detailed the moment that made him make the decision to walk away from the English game.

“It was Stoke versus Manchester United on January 21 2017. Wayne Rooney had broken Sir Bobby Charlton’s Manchester United scoring record with a late free-kick for a 1-1 draw. It was not long after full-time when there was a knock at my dressing room door and United manager Jose Mourinho came in. I was just taking my boots off.

He started going on about a handball in the penalty area by Stoke defender Ryan Shawcross.

He was going on and on. Shut up man, will you?

I picked up my boot and launched it against the wall next to him.

Mourinho froze. I lost it with him. I did not give a s*** anymore.

He did not know what to say. I was so fed up with all of the ridiculous mind games.

I drove home while going over and over the Shawcross incident. I watched it on Match of the Day and I was right, the ball hit him flush on the chest. So why was Mourinho playing funny buggers with me?

I went to bed that night and I knew I’d had enough. ‘You know what,’ I thought, ‘I can’t be bothered with idiots like that anymore.’

Clattenburg’s autobiography entitled ‘Whistle Blower’ will be available to purchase from all major book stores from September 30th.