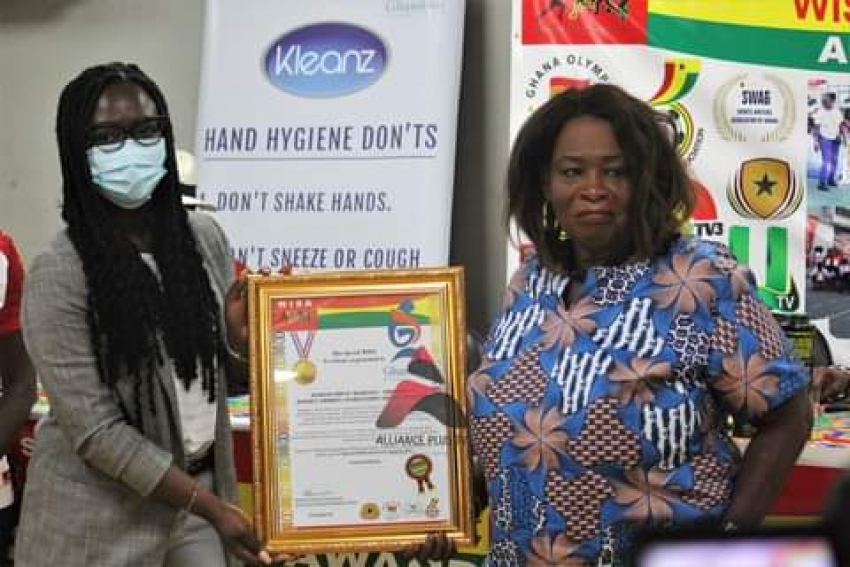 Speaking at the 7th WISA Achievers Awards sponsored by Ghandour Cosmetics, the tennis enthusiast whose two daughters play tennis, and were among the 48 personalities and institutions rewarded said parents have to identify the likes of their children and support them to develop with the help of teachers and coaches.

Mrs. Abigail McKorley who is also CEO of Beebies Events commended the president and executives of WISA for motivating sports women and hinted that  rewards inspire people to give off their best performance .

They are preparing to engage in international matches.

Madam Gloria Commodore, president of WISA pleaded with the sports authorities to support WISA programmes and activities. She thanked the NSA, SWAG and GOC for their backing.

A representative of Ghandour Cosmetics, Mame Efua said they are proud to sponsor the WISA Achievers Awards, and congratulated all the winners.

Chairperson of the Women’s Commission of the Ghana Olympic Committee (GOC), Madam Elizabeth King who graced the occasion said there are many opportunities in sports and urged more girls to take part in sports.

Vivian Dougblor, who represented the NSA pledged to support WISA to cushion  their financial burden.

The award winners were delighted and thanked WISA for the recognition.