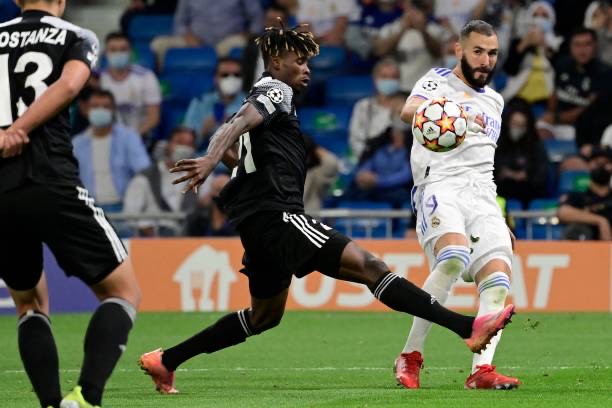 Ghanaian midfielder Edmund Addo was at the heart of the FC Sheriff midfield as he aided them to stun Real Madrid 2-1 away from home in the UEFA Champions League on Tuesday night.

The Moldova Champions defied the odds to beat the record holders at the Santiago Bernabau.

Addo as usual was handed a start and lasted the entire game.

He was outstanding on the night for his side but found his name in the referee’s books for a tackle on an opponent.

The 21-year-old was making his second Champions League appearance after playing in Sheriff’s group opener against Shakhter Doneskt, a game they won 2-0.

FC Sheriff now finds themselves at the top of the table with 6points from two matches.