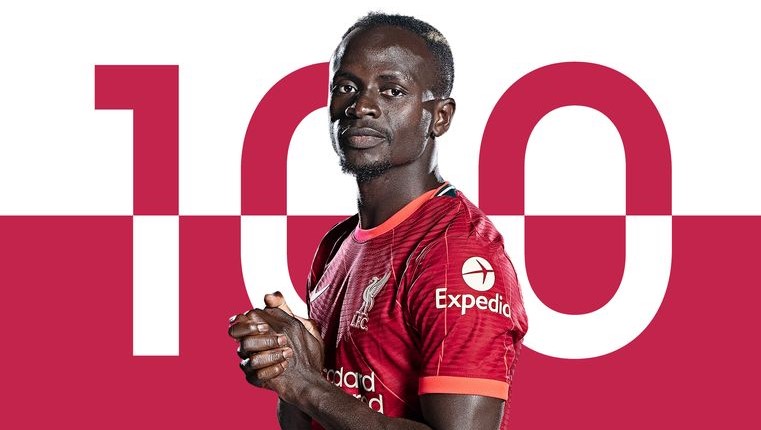 Liverpool’s Sadio Mane lashed in his 100th Premier League goal in the ninth minute of his side’s clash with Watford on Saturday.

He is the third African player to reach the milestone after Didier Drogba and teammate Mohamed Salah.

Salah was the man on hand to provide the assist for Mane’s 100th in the Premier League, laying on an inch-perfect pass to set up his fellow African.

Mane is just the third player to notch 100 Premier League goals without taking a single penalty.

The Senegalese hitman scored 21 goals in two Premier League seasons with Southampton before moving to Liverpool in 2016.

His best single-season return came in the 2018/19 campaign when he netted 22 times as the Reds finished as runners-up. He won the golden boot after that simply incredible campaign.

He has been named Premier League Player of the Month on three occasions first in August 2017 and then twice in 2019 (March and November).

Mane has also provided 37 top-flight assists in his eight seasons in the Premier League.