Manchester United recovered from 2-0 down to beat Atalanta, with Cristiano Ronaldo heading an 81st-minute winner 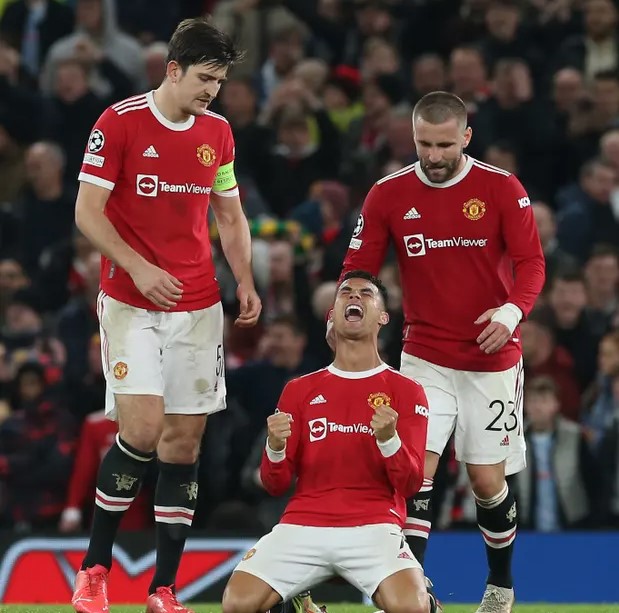 Cristiano Ronaldo saved Manchester United again in the Champions League. The greatest scorer in the competition’s history soared to head in an 81st-minute winner as United erased a two-goal halftime deficit to beat Atalanta 3-2 in a wild match at Old Trafford on Wednesday.

Ronaldo’s record-extending 138th goal in the Champions League came three weeks after he scored in the fifth minute of stoppage time to snatch a victory over Villarreal in the second round of games.

United did it the hard way again after falling 2-0 behind following goals by Mario Pašalić in the 15th minute and Merih Demiral in the 29th. The team was jeered off the field after the halftime whistle.

Thanks so much for that, Manchester United manager, Ole Gunnar Solskjaer clearly tells Cristiano Ronaldo

However, United showed a different side in the second half, laying siege to Atalanta’s goal as Marcus Rashford reduced the deficit in the 53rd with a calm finish following a stunning outside-of-the-foot through ball by Bruno Fernandes.

Harry Maguire swept in the equalizer in the 75th and Ronaldo got on the end of a cross by Luke Shaw for the winner.

The Portugal striker made a last-ditch clearance in the final seconds and then fell to his knees at the final whistle.