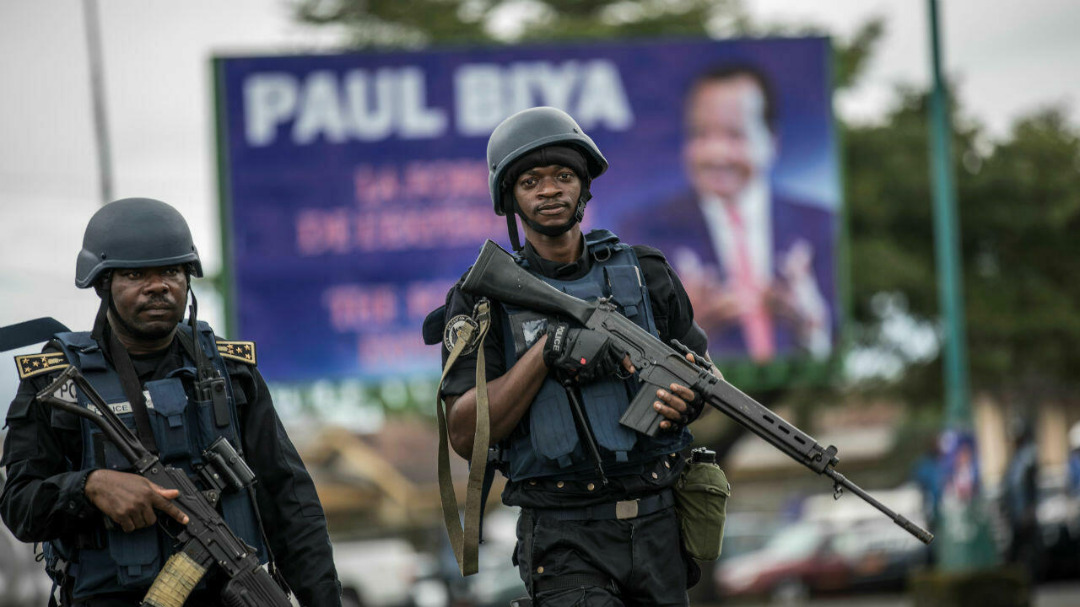 CAMEROON is putting its best foot forward to host the 33rd edition of the Africa Cup of Nations, but the biennial showpiece in that country has come under the microscope, following security concerns.

The west-central African country is at present faced with unrests in its South-West and North-West regions, commonly referred to as the Anglophone crisis, resulting in the loss of lives – while thousands others have reportedly fled.

On September 20, last month, Reuters reported that separatist rebels killed 15 Cameroonian soldiers and several civilians in two bomb attacks, marking a new phase of a conflict that has dragged on for nearly five years and cost more than 3,000 lives.

Experienced Cameroon journalist with Cameroon Radio Television (CRTV), Clarence Ngueh, also told the Times Sports at the weekend that the situation was cagey.

“The state of security in Cameroon in relations to the Africa Cup of Nations is somehow questionable as some opinions hold. This is due to the sporadic exchanges between the government forces and the separatists in the two English-speaking regions of the country,” he said.

According to Mr Ngueh, there have been few attacks in the troubled Northwest and Southwest regions in the last two months.
He noted that separatists in these two regions now have a new strategy in planting explosives to clear out government forces, which has been paying off in certain areas.

“It is because of these attacks that some Cameroonians and probably, other countries taking part in the continental showpiece, doubt the state of security in the country.”

Residents in English-speaking regions are claiming that they have been marginalized for decades by the central government and the French-speaking majority.

Insurgents are seeking to form a breakaway state called Ambazonia in western Cameroon. They began fighting the military in 2017 after civilian protests calling for greater representation of the French-speaking country’s Anglophone minority were violently repressed.

Ghana’s Black Stars – Slated for the Nations Cup in Cameroon

Some Ghanaian football fans, who are following the crisis in Cameroon, are concerned for the senior national team, Black Stars – pointing to the Cabinda attack on the Togolese national team (The Hawks) during the 2010 Africa Cup of Nations in Angola.

In January 2010, the bus carrying the Hawks came under intense attack by gunmen in Cabinda, an exclave and province of Angola, resulting in the death of the driver and injury to several passengers, including two players.
The armed separatists fired machine guns at the bus as it entered northern Cabinda from neighbouring Congo, where Togo had been in training camp ahead of Angola’s African Nations Cup of 2010.

Amos Koranteng, a staunch follower of the national team, said the Ghana Football Association (GFA), should monitor the situation and take precautionary measures ahead of the tournament.

“We all saw what happened to the Hawks of Togo when they were attacked by rebels during the Nations Cup tournament in Angola 11 years ago – and we can only be on red-alert.”

For his part, 43-year-old vendor at La, Accra, Godfred Adjei, says he has been monitoring the situation in Cameroon closely and cautioned the GFA “not to take things for granted.”

Many others expressed similar sentiments and wondered why the Ghanaian media was silent about the state of insecurity in some of parts of Cameroon.

When contacted, the Ghana Football Association (GFA) General Secretary, Prosper Harrison Addo, says there is no cause for alarm.

“The Black Stars always have security to the team. However, a security assessment of the situation would be done and a comprehensive plan put in place,” he said.

According to him, Ghana’s Embassy in Cameroon plays a role with the national security institutions and would update the FA appropriately.

The Stars, searching for their fifth tournament title and their first since 1982, will face Morocco in their opening game at the Stade Ahmadou Ahidjo in Yaounde.
Yaounde is the capital city of Cameroon and is situated in the south-central part of the country.

According to the Cameroonian journalist, amongst the five host cities (Yaounde, Douala, Bafoussam, Limbe and Garouafor), it is only Limbe – located in the troubled south-west region, that is of great concern to all.

“This is another big problem because matches will take place in Limbe in the Anglophone zone. The security means will be deployed, but we don’t know how the separatists are also preparing. The people are in a state of uncertainty in the face of this bitter point.”

Mr Ngueh, however, believe that the government had taken all necessary security measures to ensure all goes well, adding that “several CAF delegations have been in the country to evaluate Cameroon’s readiness, and the results have always been positive.

“As concerns the other cities, the state of security is promising. The Secretary General at the presidency of the Republic has been on a fact finding mission to the host cities. In a series of interviews he granted to the media, all seems to be under control and Cameroon is ready for the competition.”

A Ghana-based Cameroon journalist, Pierre Toto, was also convinced Cameroon had put in place the requisite measures to ensure an incident-free tournament.
Cameroon President Paul Biya had consistently insisted on his country’s preparedness to host next year’s Africa Cup of Nations.

Host team – Indomitable Lions cross swords with the Stallions of Burkina Faso in the opening game on January 9 at the 60,000-capacity Paul Biya Sports Stadium in northern Yaoundé.