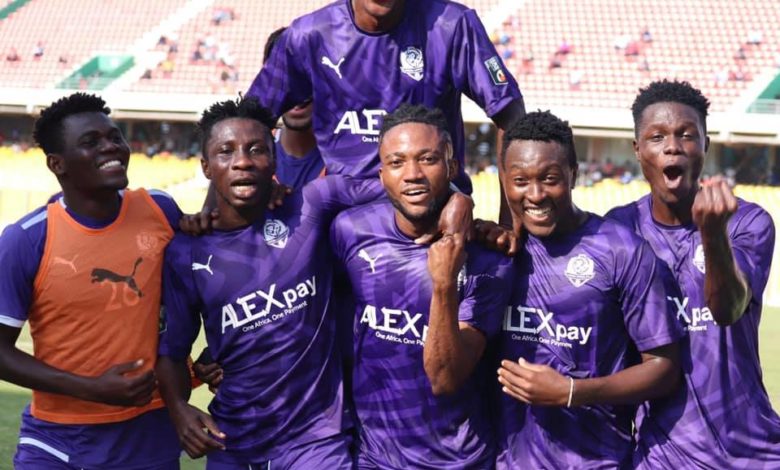 The tie, will be the first ever top-flight fixture in the history of Accra Lions, who are making their maiden appearance in Ghana’s Premier club football competition following their promotion from the Division One League last season.

Although their promotion is being contended at Court of Abitration for Sports(CAS) by Tema Youth Football Club, the Lions seem unperturbed and have  set their sight firmly on sending an early signal to the Ghanaian footballing public.

To do that however, they have to negotiate it with their immediate opponent, Elmina Sharks FC, who themselves are determined to put the troubles of last seaosn behind them.

Last season, the Fearsome Sharks went through several tribulations both on and off the pitch before ultimately escaping the drop. They only managed to win ten(10) and drew eleven(11) of the 34 games they engaged in.

The Nduom Sports outfit finished the 2020-21 season 15th on the 18-club league log with 41 point, just a single place and point above the relegation zone.

But with new breath of fresh air surrounding the club, many would believe that, they are capable of causing problems to their competitors this season.

As they open their campaign agaisnt the newbies Accra Lions, they will hope that the new life injected into the club during the off-season, will transform into performance on the pitch.

Both Accra Lions and Elmina Sharks have done great businesses in the transfer market and have brought in competent players albeit in the former’s case, relatively unknown.

The likes of Abbass Samari and Hagan Frimpong have all joined Lions on the back of hugely impressive campaigns in the Division One League last season.

Elmina Sharks have also bolstered their squad and will be boyed with the return some senior members of their squad who were suspended for wrong doings last season.

The season opening game promises to be a real blockbuster.