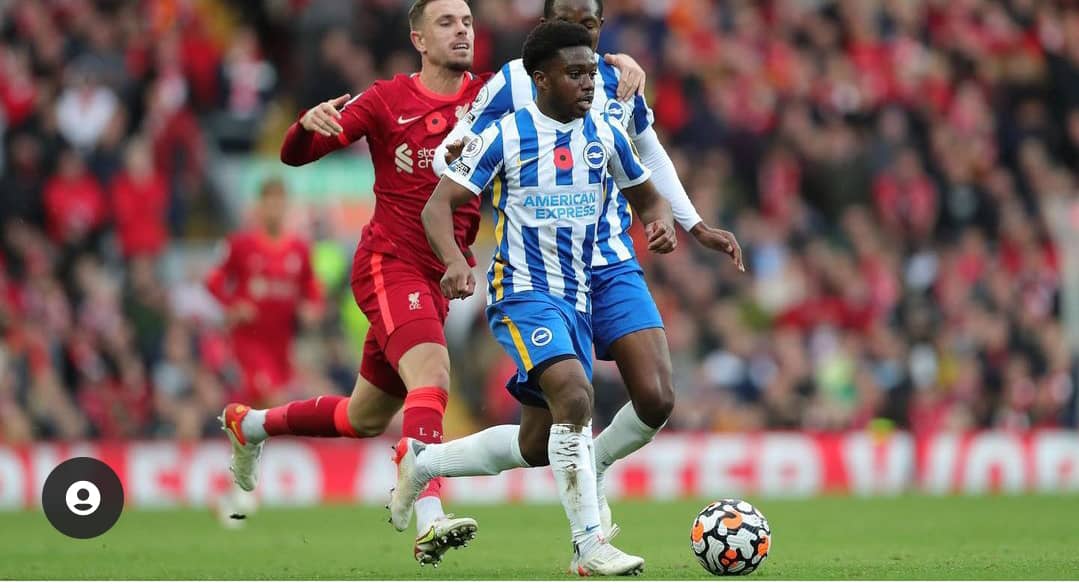 English born Ghanaian defender, Tariq Lamptey made a return as Brighton & Hove Albion recovered a from 2-0 down to snatch a point against Liverpool.

Following a 5-0 drubbing of Manchester United on Sunday and Wednesday’s 2-0 League Cup win at Preston North End, Liverpool looked set to march on after goals from Jordan Henderson and Sadio Mane put them in control.

Henderson fired the home side into a fourth-minute lead with a first-time shot from the edge of the penalty area after he was teed up by Mohamed Salah, and Mane made it 2-0 with a diving header in the 24th minute from Alex Oxlade-Chamberlain’s cross.

Brighton pulled one back in the 41st minute out of the blue as Zambian midfielder Mwepu scored his first Premier League goal with a delightful long-range effort that sailed over Liverpool goalkeeper Alisson Becker.

Brighton gained the upper hand after the break and drew level in the 65th minute when Trossard side-stepped his marker and drove a low shot past Alisson.

Lamptey, who has been out of action for months has so far made a total of four appearances for the club scoring 1 goal in the process.

Brighton will host struggling Newcastle United at the AMEX Stadium next week Saturday.