'I knew that I was going to score against Berekum Chelsea' –Bibiani Goldstars match winner Kingsford Boafo, 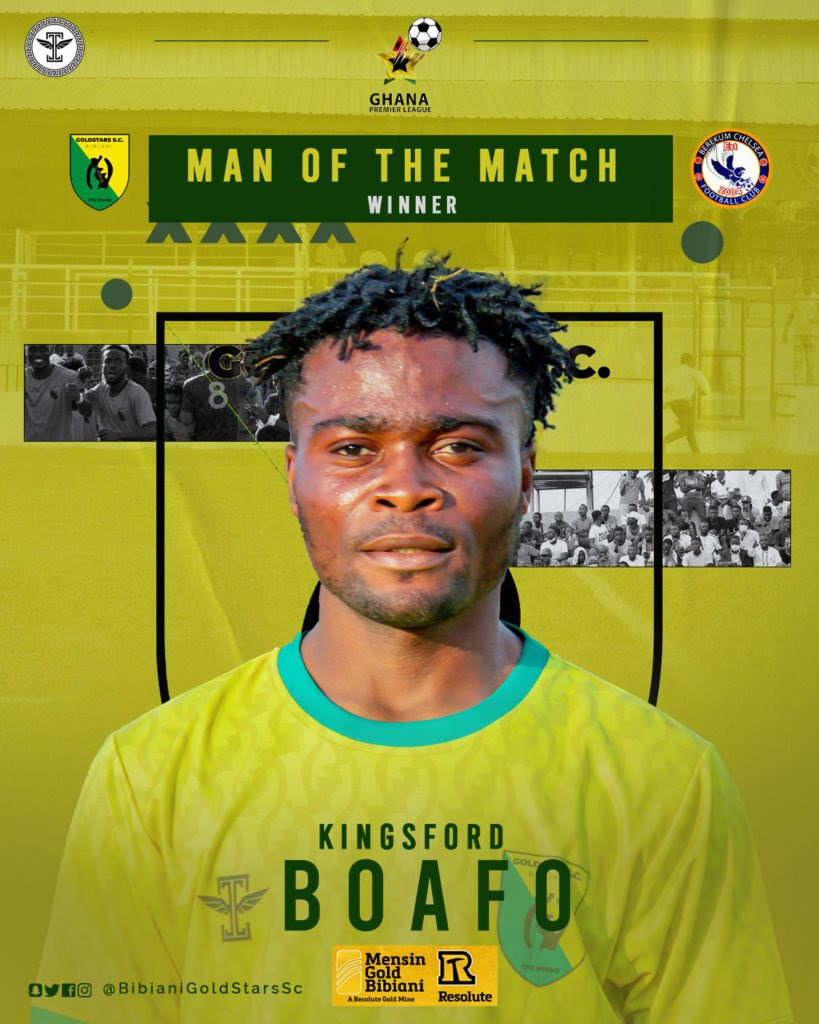 Newly promoted Ghana Premier League side, Bibiani Goldstars in the Western North Region were a delight to watch in their maiden top flight game against Berekum Chelsea on Sunday at the Duns Park.

They had a historical win over Berekum Chelsea with a goal that will remain in the history of the club.

The Miners made history on Sunday playing in front of fully packed supporters to grab that win in their maiden GPL appearance.

Former Star Madrid skipper, Kingsford Boafo led the troop to secure the victory in the hard times of the game that brought an ecstatic moment to the supporters of the Miners.

Boafo was in a good form for Gold Stars, to disturb the defence of Berekum Chelsea and was named as the ‘Man Of The Match’ at the end of the throttle.

Speaking to Sir Atta Poku on Wontumi Nationwide Sports, Boafo revealed how prepared he was prior to the game and had a belief that he was going to score.

“I had a belief that I was going to score because of the encouragement and the prayers from my coaches and the family,” Boafo said.

“I played under no pressure because my coach has already discussed with me on how Division One is a little bit different from the GPL and with the opportunity and the chance to play at this stage I should play like how I did in the Division One but should improve the performance small. There was nothing like pressure on me.”