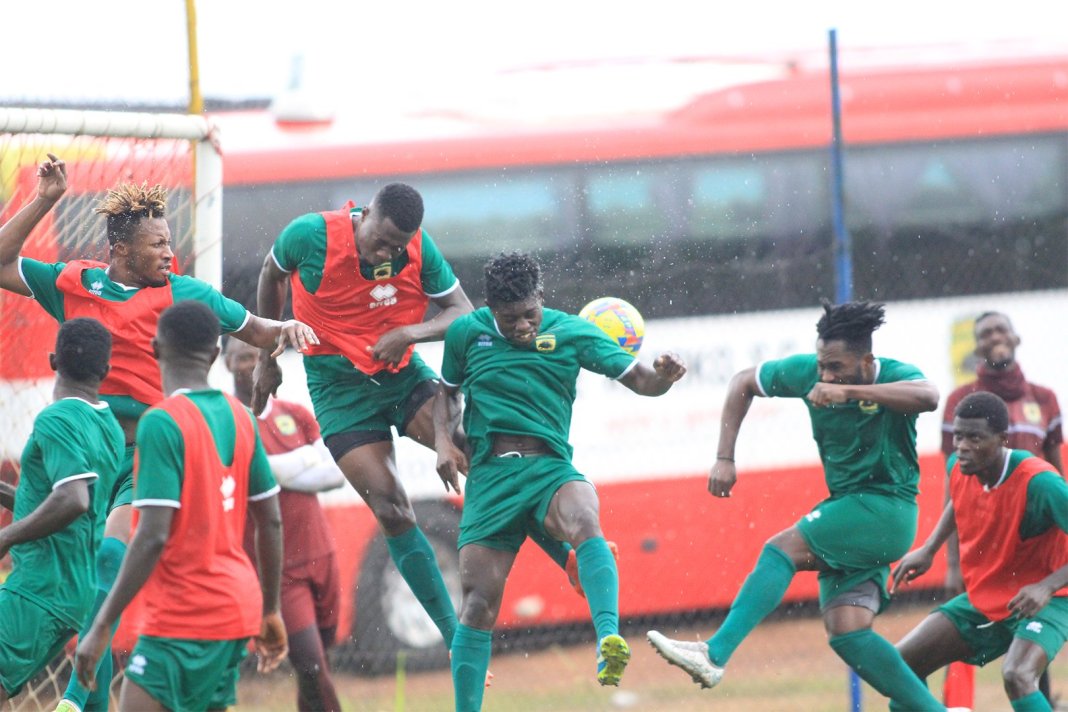 Asante Kotoko players began a new week with recovery training on Monday following the 3-1 away victory over Dreams FC at the Accra Sports Stadium.

Goals from substitutes Mudasiru Salifu, Isaac Oppong and Richmond Lamptey helped the Porcupine Warriors to pick their first win of the campaign.

A total number of 31 players were present for the training session at the Adako Jachie including Cameroonian imports Georges Mfegue Georges and Mbella.

The duo, following their arrival at the club, held their first full training session with the first team as they fine tune ahead of their debut in Ghana Premier League.

According to sources, Kotoko are still working on their papers – work permit- and everything could be sorted out in the coming days for them to be eligible to make their bow in the red jersey.

After some shake ups and drills, the players were grouped for serious business to commence. Andy Kumi scored a hat-trick in the training game wile two players including Mfegue and Dickson netted twice.

Also, there was a goal each by Solomon Sarfo Taylor, Keyekeh and Mbella.