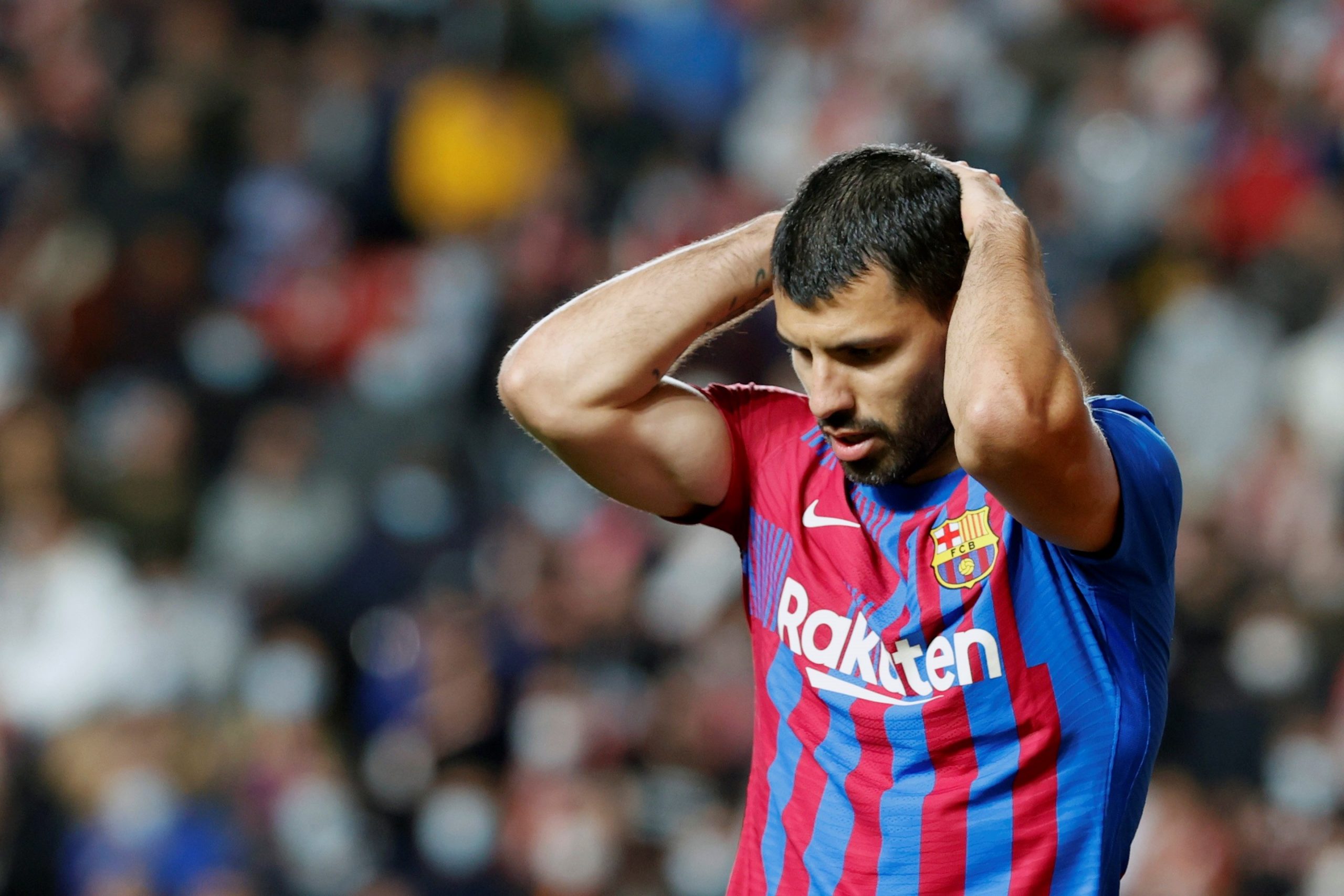 Barcelona striker Sergio Aguero has been ruled out for three months after a cardiac exam, the Spanish club announced on Monday.

The 33-year-old was admitted to hospital for tests on his heart after he was substituted with chest pains in the first-half of Barca’s 1-1 draw with Alaves on Saturday.

“Over the next three months the effectiveness of the treatment will be evaluated to determine when he can come back.”

Aguero has made five appearances for Barca since joining on a free transfer from Manchester City this summer, his only goal for the side coming in the final moments during their 2-1 defeat against Real Madrid in El Clasico.

In a tweet later on Monday, Aguero said: “I am fine and in good spirits to face the recovery process. I want to thank you all for the messages of support and love that make my heart stronger.”

The situation with Aguero compounds issue at Barca, who are being overseen by interim coach Sergi Barjuan following last week’s sacking of Ronald Koeman. Sources have told ESPN that Barca are in talks to appoint club legend and now-Al Sadd coach Xavi Hernandez.

“Aguero is an important player for us and his absence is a setback,” Barjuan said in a news conference on Monday.

“I spoke to him, exchanged WhatsApps and he is calm. He is in his [hospital] room, locked there as he says but he is calm.”

Aguero will also miss Argentina’s World Cup qualifiers at Uruguay and against Brazil this month.

Messages of support from his club teammates have poured on social media. Midfielder Pedri posted photograph of Aguero on Instagram with the message: “We are with you Kun Aguero.” Meanwhile, captain Sergio Busquets wrote: “Come on Kuni.”

Barca next travel to Dynamo Kiev in a crucial Champions League clash as they continue to fight back from two 3-0 group-stage defeats to Bayern Munich and Benfica in September. The side, who are winless in three games in all competitions, will also be without defender Gerard Pique due to a calf injury.