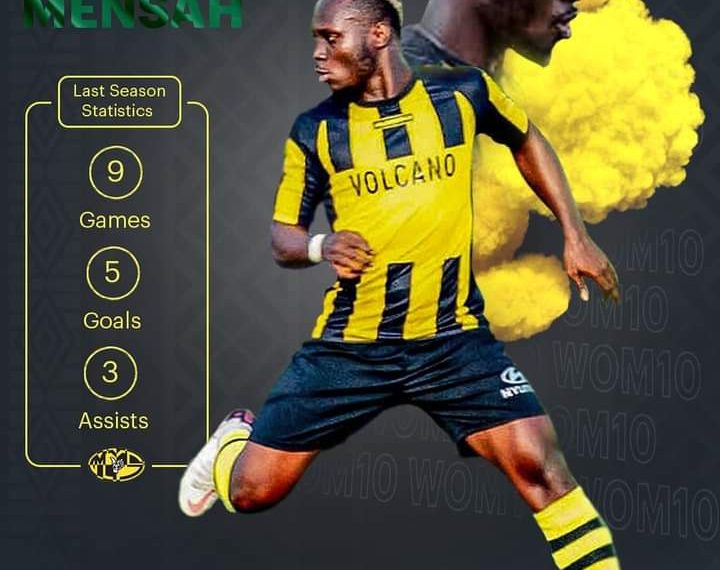 the two unnamed clubs from United Arab Emirates brought offers for Mensah with one of them even wanting to take him on loan but Mukura Victory were reluctant to release him as they are yet to find his replacement.

He has one year left on his current Mukura Victory contract.

Mensah has been one of the key players of Mukura Victory since joining them in April 2021.

The 25-year-old bagged important goals for the club including a hat-trick against AS Muhanga on the final day of last season which helped them to stay in the top flight.

He joined Mukura Victory on a free transfer before the start of last season after leaving Ghana Premier League side Liberty Professionals where he scored five goals and provided three assists in nine games.

Opoku has also previously played for Sporting Kansas FC in the American MLS.

He has also featured for the likes of Karela United and Asante Kotoko in the 2017/18 and 2020 Ghana Premier League seasons respectively.

The former Black stars B player has already scored 6 goals for the Rwandan-based club.