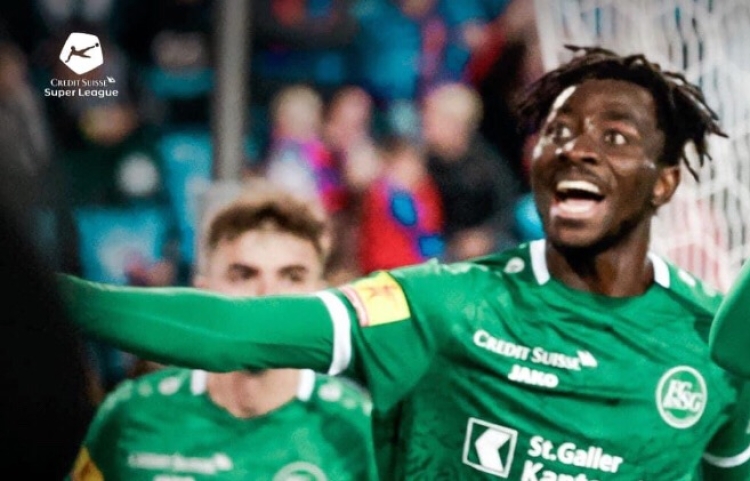 Former Ghanaian Youth defender Musah Nuhu was in thick of affairs in defence for FC St. Gallen in the Swiss Super League on Sunday as they stun FC Basel 1-0 at the St. Jakob-Park.

The lanky defender put up an impressive display for FC St. Gallen and was rated 7.6 with his agility and higher defensive acumen which swiftly gave the Espen’s a vital win.

French striker Thody Elie Youan scored the only goal of the game in the eighty-seventh minute.

The 24-year-old has now made five appearances for the Espen’s in the Swiss top tier this season.