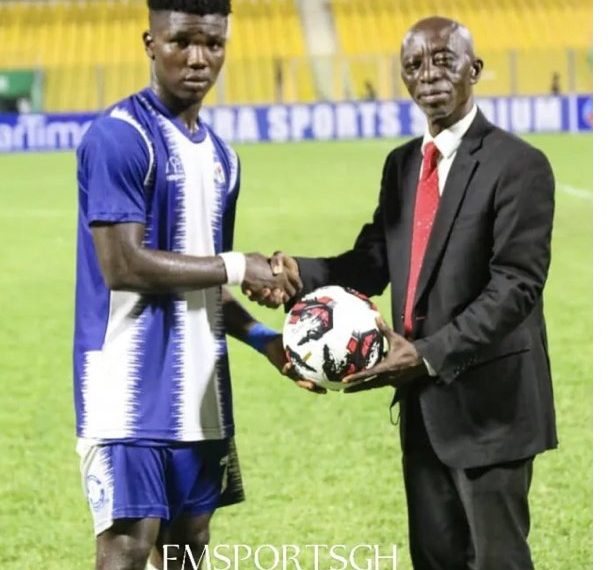 The Dade boys slaughtered his regional rivals Accra Lions with mesmeric goals in a space of 40 minutes to reroute the Ghanaian media traffic.

An opening goal from the inspired forward after 21 minutes was followed a second goal on the hour mark courtesy a spotkick.

The goal poacher then needed just 8 more minutes to complete his hatrick with some spectacular moves all game long.

His blistering form made the consolation goal for Accra Lions FC a cosmetic paraphernalia.

Speaking after the game, the Olympics goal machine says he has set target to win the golden boot at the end of the season.

[Winning the goal king] that’s my target so, the ball keeps rolling so whatever that’s comes, I take it like that, but will be happy I win it” he told the media after the game.