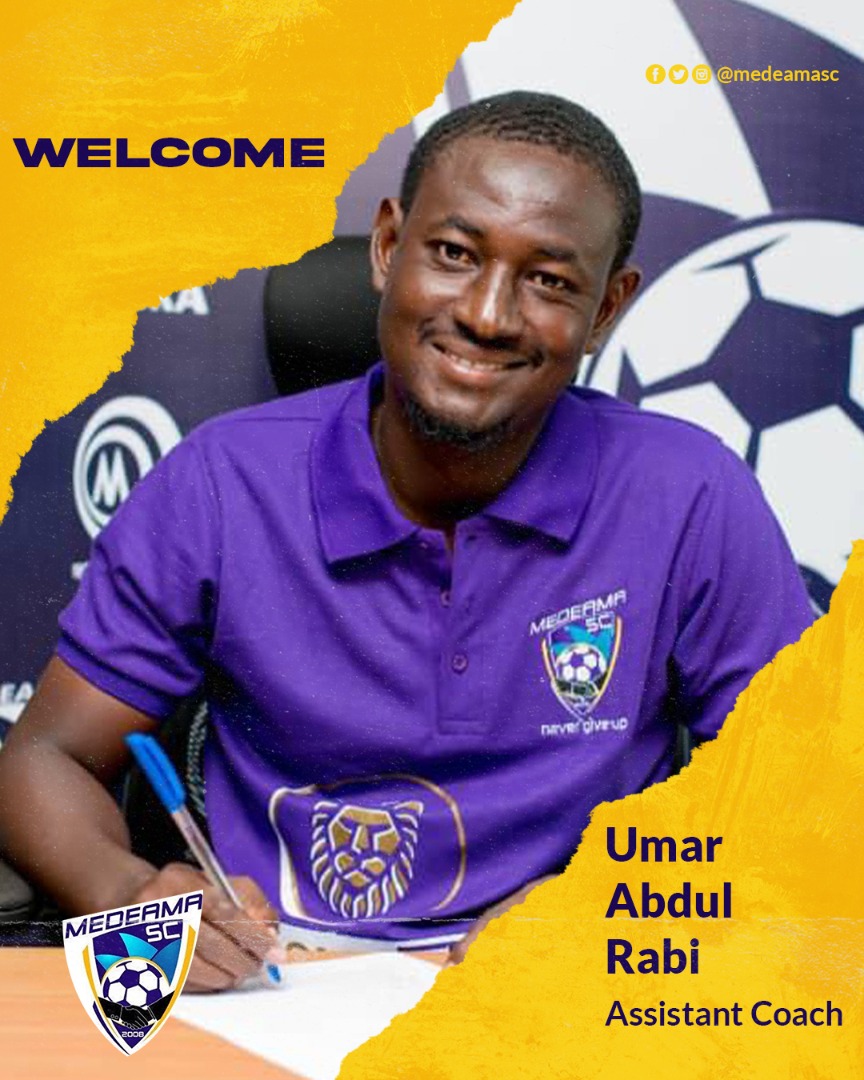 Ghana Premier League side Medeama SC has appointed Umar Abdul Rabi as their new Assistant Coach on a three-year deal.

Rabi is returning to the club since helping the side to qualify to the Second Division over a decade ago. He was also in charge of Wassaman United some years ago.

Abdul Rabi said: “I am thrilled to be back as the assistant coach of Medeama SC,” he told medeamasc.com

“Medeama has been a huge part of my young coaching career and I’m glad to continue that relationship.

“After that I left for Red Bull Academy and subsequently to Right to Dream where I spent 10 years.

“I am very happy to join the group and look forward to working under my boss Ignatius Fosu as we aim to keep our focus and turn things around.”