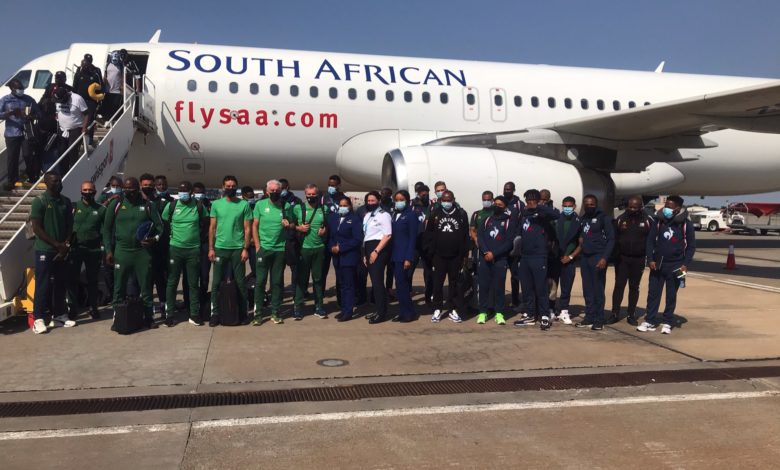 A contingent of players, technical men, and management members of South Africa’s national football team, the Bafana Bafana have landed in Accra ahead of Sunday’s final showdown against the Black Stars of Ghana.

The South Africans who flew on South African Airlines landed at exactly 14:00 GMT and will head straight to Cape Coast to begin camping for Sunday’s final Qatar 2022 World Cup qualifer which has at stake Group G’s sole ticket to Africa’s third and final qualifying round to the Mundial.

The former Africa champions need a draw to make the final playoff stage in a game that promises to produce fireworks from both sides.

Despite being the home team, the Black Stars are yet to arrive in Ghana after playing against Ethiopia at the Orlando Stadium in Johannesburg on Thursday, finishing their game hours before Bafana Bafana took to the pitch just across the street at Soccer City to notch all three points via a 1-0 victory.