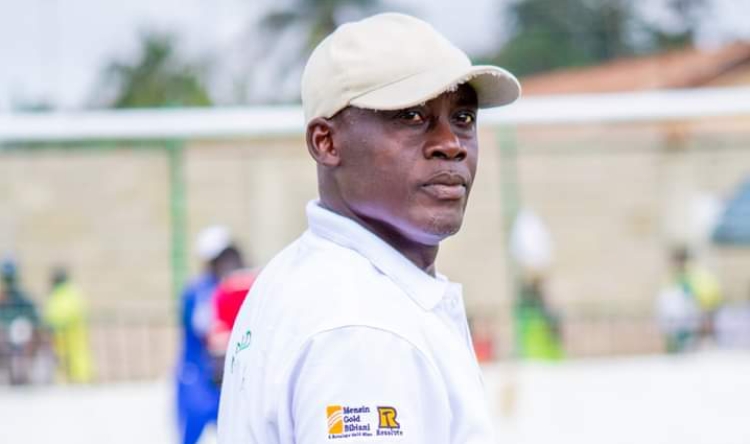 Bibiani Goldstars FC head coach Michael Osei has admitted that losing narrowly to the Porcupine Warriors in their 2021/22 Ghana Premier League match-week three encounter was a painful one.

Gold Stars FC outplayed the Asante Kotoko in both halves with numerous goal glaring opportunities in a fixture which ended a 1-0 win for the visitors at the Duns’ Park in Bibiani.

Asante Kotoko youngster Isaac Oppong’s wonderful strike on the 55th minute was enough to settle the tie, with goalkeeper Razak Abalora then making some excellent stops in the second period to keep the homesters out of the three maximum points.

“First of all, Let me congratulate my boys for such performance. They did their best today but we were just unlucky to concede that goal,” Osei said after the game

Action from the game

“It’s very painful that we couldn’t get at least a point today [against Asante Kotoko] because it was a game that we dominated and controlled the entire duration with several goal glaring opportunities,” he continued.

“Defeat is part of the game but it is very painful to lose such points to Asante Kotoko. We’ll continue to work hard for the subsequent games,” he concluded.

Newcomers Bibiani Goldstars FC suffered their first-ever Premier League to Asante Kotoko at home as the Porcupine Warriors maintain their unbeaten streak to keep their spot on top of the log with 9 points.