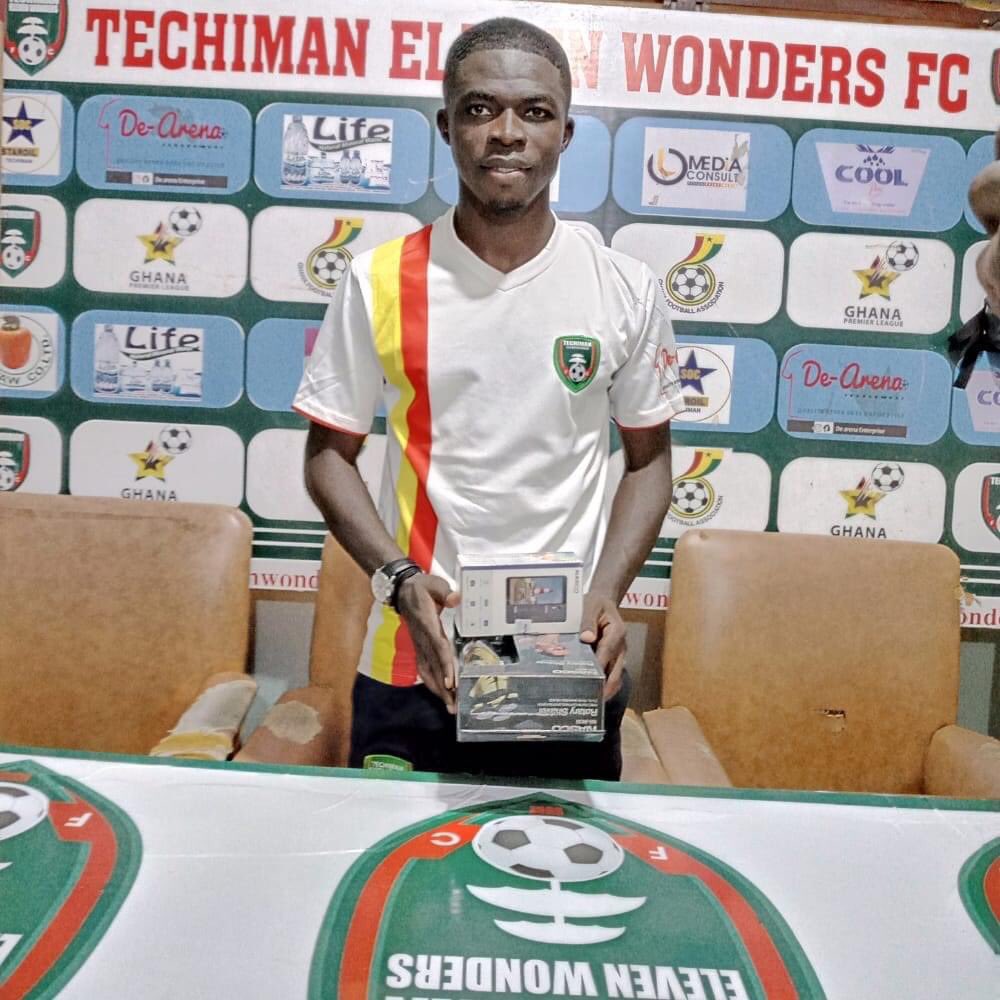 Techiman Eleven Wonders midfielder Frank Amankwah has been named the Man of the Match award in Wonders 0-0 draw with Medeama SC.

The talented midfielder was delightful to watch following his impressive performance on Sunday afternoon.

The game ended pulsating goalless draw at the Nana Ameyaw park on Sunday in the week 3 of the Ghana Premier League season.

“Frank Amankwah clinched his first MVP of the season against Medeama yesterday @ Techiman,” the club hailed him on their official Twitter handle on Monday morning.