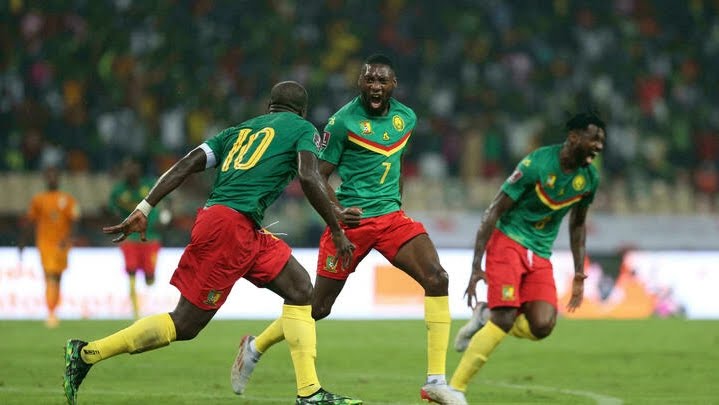 Karl Toko Ekambi was the toast of Cameroon on Tuesday as his first-half goal delivered a 1-0 win over Ivory Coast and a place in the African play-offs for the 2022 World Cup.

Cameroon beat Ivory Coast 1-0 in a contest of two continental heavyweights to join Algeria, Nigeria and Tunisia in securing the last four places in March’s African World Cup playoffs as the group phase came to a dramatic conclusion on Tuesday.

Karl Toko Ekambi scored for Cameroon as they snatched a narrow home win over the Ivory Coast in a clash full of tension but without many clear chances.

Cameroon had been one point behind in the Group D standings but took top spot to advance to the playoffs.

Goalkeeper Andre Onana, back from a nine-month drug ban, made several key saves for Cameroon to help them survive a late onslaught and hold on for the win. 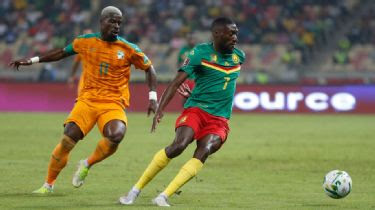 Cameroon advanced at the expense of Ivory Coast.AFP via Getty Images)

Tunisia and Equatorial Guinea were level on 10 points in Group B when they kicked off their respective games but Tunisia romped into an early three-goal lead before beating Zambia 3-1 at home while Equatorial Guinea drew 1-1 away in Mauritania.

African champions Algeria and Nigeria made heavy work of booking their places, but home draws proved enough for them also to progress.

Algeria were twice ahead against Burkina Faso, with Riyad Mahrez grabbing their first goal, but a late penalty saw them held to a 2-2 draw in Blida. Algeria finished with 14 points in Group A, two ahead of the Burkinabe.

Nigeria scored in the first minute through Victor Osimhen but quickly gave up an equaliser to the Cape Verde Islands, who had to win to take top spot in Group C. The 1-1 draw in Lagos left Nigeria top on 13 points and Cape Verde second on 11.

The four countries join the Democratic Republic of Congo, Egypt, Ghana, Mali, Morocco and Senegal in the playoffs.

The 10 teams will be drawn into five two-legged ties with the aggregate winners representing Africa at the World Cup finals in Qatar.

A Confederation of African Football spokesperson told Reuters on Tuesday that no date had yet been set for the draw, but it would likely take place in January.

There were also victories for Egypt, Liberia, Morocco and Mozambique on the last day of the group phase competition, but with the results having no bearing on the final places.

Liverpool’s Mohamed Salah did not start for Egypt, but came on for the last 30 minutes as they beat Gabon 2-1 in Alexandria.

Arsenal’s Pierre-Emerick Aubameyang, who will face Salah in the Premier League at Anfield on Saturday, did not play for Gabon, who were already out of contention.